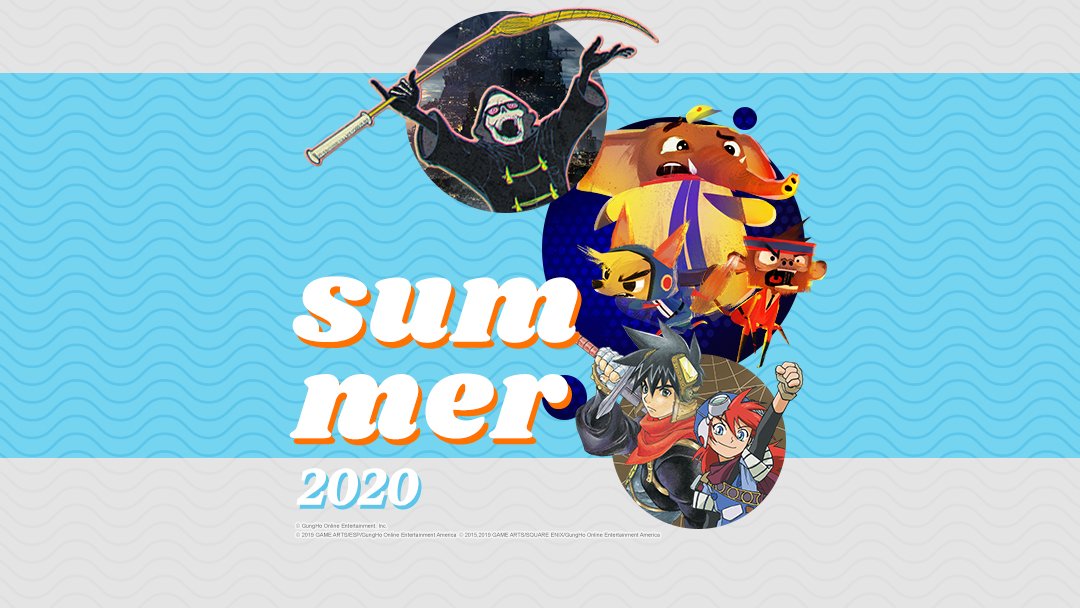 Last week we shared part one of the GungHo Summer 2020 Recap, featuring Ninjala, TEPPEN, and Puzzle & Dragons, but we’re not done yet. We have several other games that had equally exciting events and announcements that you should know about, so let’s get right into it.

First revealed at E3 2019, Volta-X is our first GungHo America developed title. Launched on August 12, this real-time strategy robot battler allows players to control a crew of animal pilots within a giant Volta robot, battling against other Voltas or Kaiju in PvP fights.

Join us in weekly limited in-game events to earn special costumes for your crew members. Remember, not only do you have to upgrade your Voltas, but you also need to make sure your crew members are happy so they can bring out their full potential during battles.

Curious about the team behind Volta-X? Check out the Developer Diaries and listen to the team discuss the world, pilots, and combat of Volta-X.

Like with Ninjala, we have expanded the world of Volta-X outside of the game with an original webcomic series on WEBTOON. Focusing on Ian the fox and Sheldon the elephant, the two Volta pilot trainees uncover the mystery behind the World Volta Association (WVA).

After all of the loving requests we received for a physical release of GRANDIA HD Collection, we have partnered with Limited Run Games to make it a reality. Pre-orders have already closed, but the number of orders we received went well over our expectations and we are so thankful to all our fans.

Make sure to let us know that you got one of your own by tagging us at @GungHo_America on Twitter or Instagram!

LET IT DIE on the other hand… well, Uncle Death has just been out of control. He first went missing from the HATED Arcade and was found complaining about his life in a mysterious basement. He then showed up riding his “new” bike he swapped with his usual skateboard, talking nonsense about a collaboration with Ninjala and asking for other game publishers or developers to contact him to do a collab too. We have no idea what he’s trying to do.

If you’re curious about what Uncle Death might do next, check out the official LET IT DIE website, Twitter, Facebook, and Instagram, and also let us know if you ever see him running around. Naomi’s starting to get tired of running the social channels for Uncle D, so we have to get him back to work before she calls it quits.

That’s it for our summer 2020 recap! If you took part in any of them, we hope you had a great time. We’re always planning for more fun events, so make sure to follow the social channels of your favorite GungHo game and check back here regularly for updates. You can also find the official GungHo America social channels below.