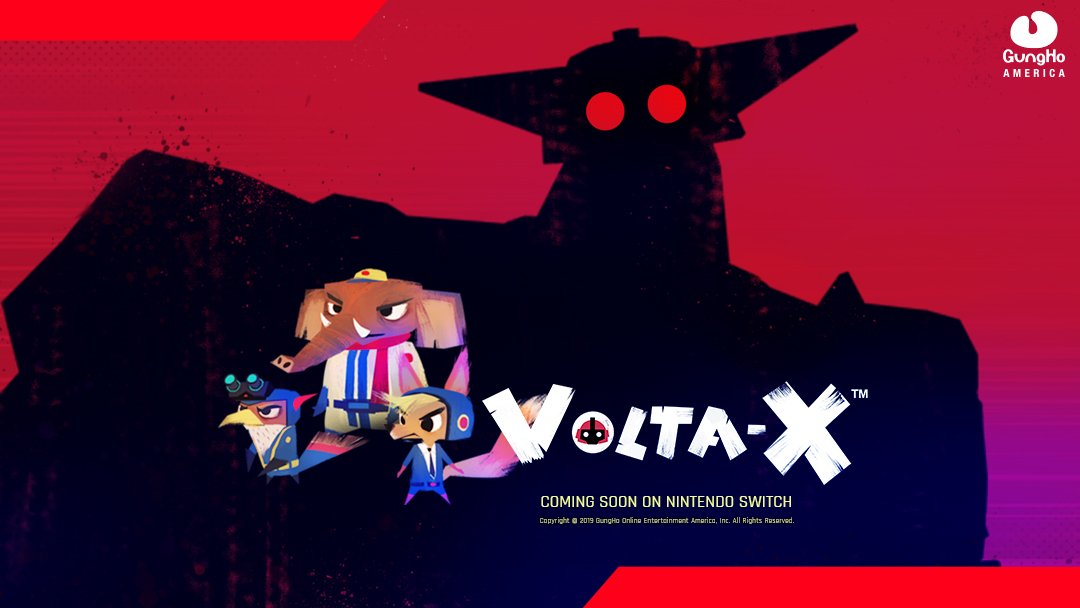 EL SEGUNDO, Calif. – June 11, 2019 - Ready, set, ROBOT FIGHT! GungHo Online Entertainment America (GOEA) has revealed Volta-X, its shiny new sock-and-bop robot piloting game for the Nintendo Switch. The title is an ode to classic anime of the ‘70s by allowing players to fulfill their childhood dreams of customizing their own bots and battling it out against their friends to see who’s the better pilot!

Volta-X drops players into PvP battles and gives access to each robot’s resource management, making it a fully controlled experience. With steel-piercing lasers, heavy-hitting chain maces, and blazingly fast rocket launchers, players will have no problem building their ultimate combat machine. Once its locked and loaded, they can assign a crew of adorable animal characters with special abilities to pilot them. Utilizing the best loadout will be essential to victory on the robot arena!

Players will take part in the Robot League, a tournament where players compete with their robots in awesome battles to become champions! Taking control of the crew, players will send them from room to room to power up weapons, put out fires, and repair broken equipment.

Of course, earning victory in the Robot League can’t be done purely with the robots themselves. It also requires a happy and healthy crew! Back in the base, players will build new rooms like lounges and cafes to make sure their animal friends are prepared to take on new opponents! Who’s next?

GOEA will be revealing more in the coming months, but for more information on Volta-X, head over to www.volta-x.com. Find assets here.