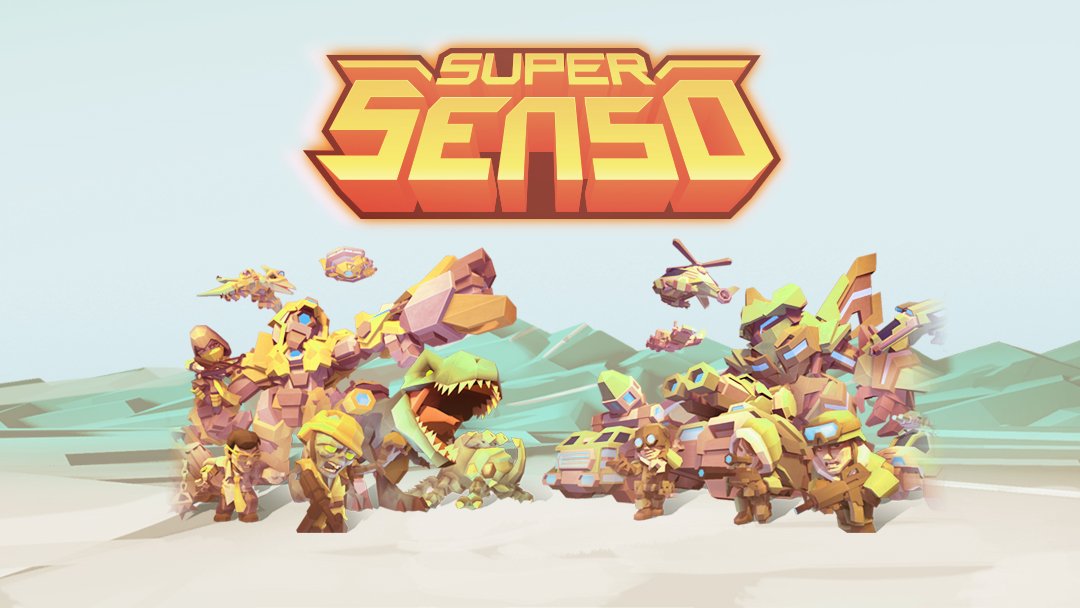 The TURBO publishing partnership and addition of Super Senso further positions GungHo Online Entertainment America as a growing and diverse publisher that appeals to both the passionate mobile community and traditional video gamers alike. This partnership enhances the company's U.S. growth after the continuing success of its top-selling mobile game Puzzle & Dragons and adds to the breath of momentum for GungHo’s lineup of mobile, console, and PC titles coming later this year.

"TURBO’s fresh stylistic take on the classic turn-based strategy genre is the perfect complement to our expanding portfolio of premier mobile titles," said Jun Iwasaki, CEO of GungHo Online Entertainment America, Inc. "We have high expectations for Super Senso’s unique brand of PvP warfare and look forward to leveraging our expertise to further enhance the game.”

"Our ambition at TURBO has always been to create amazing games that will engage players for years to come, not just days or months,” said Yohei Ishii, CEO of TURBO. “This new partnership with GungHo Online Entertainment America will provide us with the unparalleled scale and strategic resources to ensure we can deliver our own brand of AAA competitive mobile gaming to a global audience.”

Along with TURBO’s team of veteran developers, with experience from the industry’s leading game companies, the studio has commissioned two FINAL FANTASY legends to work on Super Senso – designer Yoshitaka Amano and composer Nobuo Uematsu. Amano contributed character illustrations for the larger than life mechs and units while Uematsu composed the game’s vibrant, symphonic theme song.

Super Senso is a turn-based action strategy game that pits player versus player in fast-paced matches on vivid 3D battlefields to compete for rare rewards, exclusive content and global supremacy.

ABOUT TURBO
Founded in 2013, TURBO is an independent boutique game development studio formed by a dream team of industry veterans who believe in building a business around killer games. When we’re not making games, we’re playing games, and therein lies the difference. For the latest from TURBO, follow along on Facebook (www.facebook.com/TURBOStudios), Twitter (www.twitter.com/TURBOStudios), Instagram
(www.instagram.com/TURBOstudios) and www.TURBO.nyc.

The Tale of Amatsu no Kuni: Crush the Card Reveals!

Become one with the pack and join us for another round of Card Reveals!

Put your skills to the test and be rewarded for rising to the top by joining the TEPPEN Trial Cup!