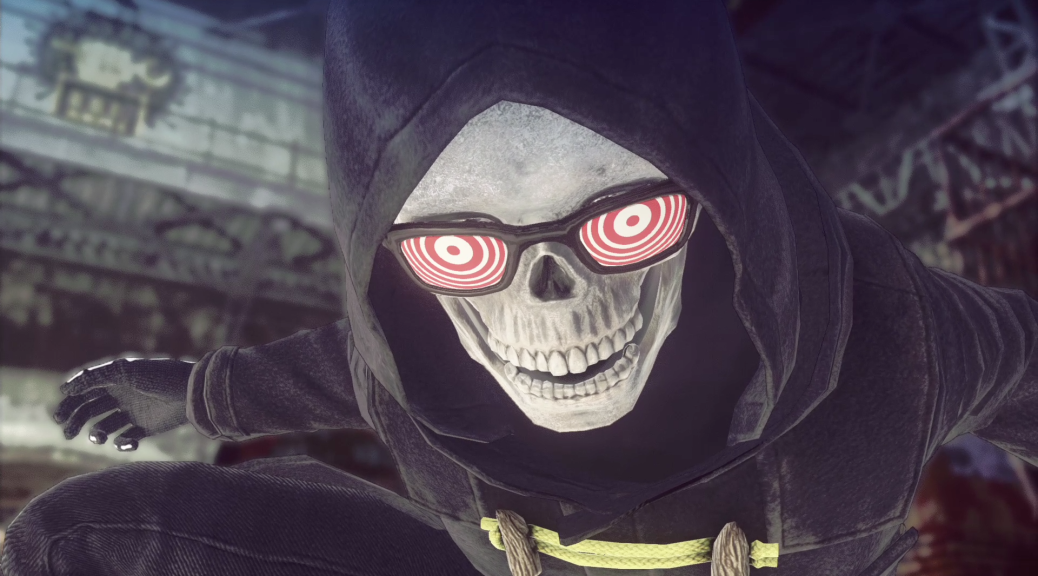 “LET IT DIE is a chaotic and gory tour de force from Grasshopper,” said Kazuki Morishita, President and CEO, GungHo Online Entertainment. “We are proud to share with the world and our fans one of the bloodiest and most over-the-top games they will ever experience.”

Set in post-apocalyptic 2026 when a devastating global tectonic disturbance (Earth Rage) destroys and changes much of the world, Southwestern Tokyo split off into the ocean and became an island covered in fog. A giant spire-like structure pierced through the center of the island creating the twisted battleground known as The Tower of Barbs. Daring players will explore and ascend this mysterious tower, all the while fighting off ghastly enemies and horrific bosses, aided by the Grim Reaper, Uncle Death.

“LET IT DIE from start to finish is a mainline injection of adrenaline and mayhem,” said Hideyuki Shin, Director, Grasshopper Manufacture. “Our team spent countless hours to ensure we deliver quality gameplay experience, full of action, great content and memorable characters that gamers have come to expect from Grasshopper.”

LET IT DIE also features deep, multilayered asynchronous multiplayer in the form of “death data,” where other players’ dead bodies will reanimate into a “Hater”, a brutal AI opponent, who will roam other player’s games and use every tactic and weapon on hand to stop players in their tracks. If they manage to eliminate a Hater, players are able to loot the Hater for rare items to aid in their ascent up The Tower of Barbs. Players will eventually meet Tetsuo, an unsettling robotic NPC, who gives players the chance to join a team and perform raids on enemy bases to steal much needed resources.

About LET IT DIE
From Grasshopper Manufacture, the creative minds behind Lollipop Chainsaw and No More Heroes comes LET IT DIE! Die to survive in this upcoming free-to-play hack and slash survival action game. Set in a post-apocalyptic Japan, players start with little more than their undergarments and must forage for powerful weapons and armor to do battle with the over-the-top ultraviolent future that waits. LET IT DIE is a PlayStation 4 exclusive title available now.

May-shrooms are in full bloom!

Are you feelin' lucky? Are ya, punk?! Hahaha jk glhf!