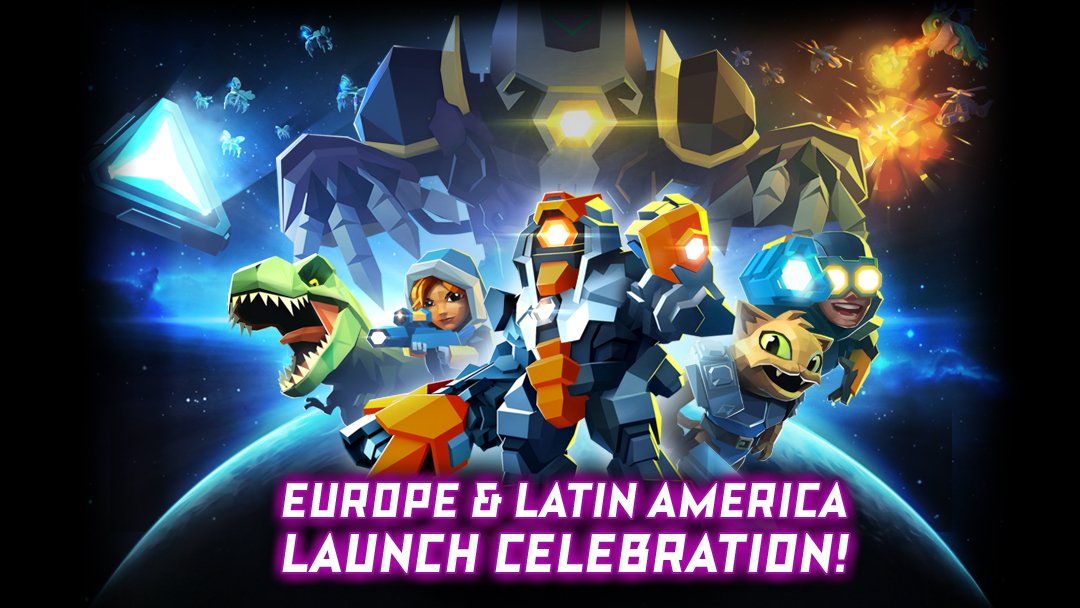 The EU and LATAM launches bring a host of new gameplay features to Super Senso including brand new units such as the Zom-B-Boy, a breakdancing zombie unit, the Butcher, a zombie chef that heals itself upon attack, and the Tomb Bomb Super, a lethal explosive with a devastating AoE which detonates after two turns. A new Gel Drop system spawns SENSO-Gel on the battlefield whenever a unit or Extractor is destroyed, expanding the breadth of strategic options between continuing to press the opponent or augmenting deploy resources.

Super Senso will also come to European and Latin American mobiles and tablets with Seasonal Leaderboards that offer valuable and varied rewards based on the rank achieved. The leaderboards will reset at the end of each season to allow for a dynamic and shifting competitive scene that keeps the competition at the highest possible level. The upgraded leaderboards will also feature Strike Events, timed competitions that will vary in runtime from hours to weeks and offer exclusive rewards to keep the Super Senso community energised.

“Bringing Super Senso to Europe and Latin America has always been an extremely important step in our roadmap. We want as many players as possible competing and we can’t wait to hear from the new communities,” said Yohei Ishii, TURBO Studio’s Founder and Chief Executive Officer. “The new, exciting features we’ve introduced for the European and Latin American launches are part of our commitment to continuing to improve and evolve Super Senso to bring players the best possible head-to-head competitive experience.”

Super Senso plays out across vivid, polygonal 3D battlefields and each match starts with players controlling a SENSO, a powerful and specialized mega-hero critical to determining the outcome of the fight. Players unleash additional support troops to sway the tide of battle by building a formidable smash-army that can include armored tanks, zombies, fighter jets, dinos, and cats. All units vary in movement ability, attack strength, and defense ratings, allowing players to build the ultimate combination in the fight to destroy the enemy SENSO-Gate and galactic dominance.

Download the latest assets for Super Senso here and watch the trailer here.

Super Senso is now available via App Store and Google Play on smartphone and tablet.

ABOUT GUNGHO ONLINE ENTERTAINMENT AMERICA
GOEA is a multiplatform publisher dedicated to delivering the best titles, content and support for the online gaming community. Established in 2012 and led by former Square Enix U.S.A. and XSEED Games executive Jun Iwasaki, GOEA is a US subsidiary of GungHo Online Entertainment, Inc. (GOE), an established Japanese publisher. GOEA’s content partners include leading developers Grasshopper Manufacture, Game Arts, Acquire, and Gravity, all of which are subsidiaries of GOE. GOEA publishes and distributes network-oriented games for console, handheld, mobile, tablet, and MMO-style games for PC. GOEA is located in El Segundo, CA. For more information, visit www.gunghoonline.com.