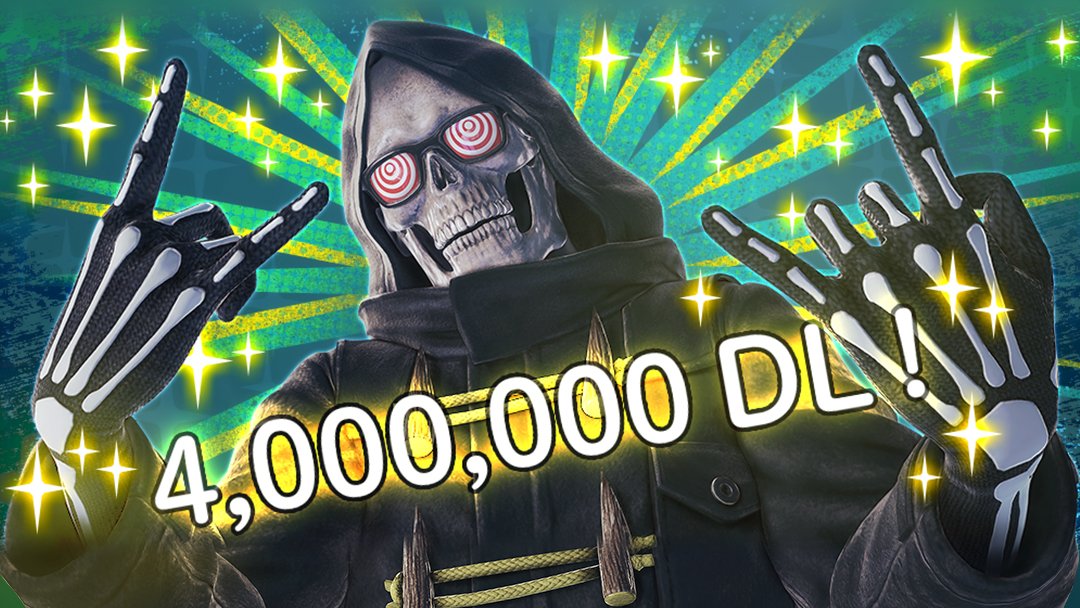 In the past year, GungHo Online Entertainment and Grasshopper Manufacture continued to bring fresh new content to LET IT DIE through robust game updates and exciting partnerships, which has included collabs with premier developers and publishers in gaming that can be found here. The Tower of Barbs has also been frequently updated with new content such as the punishing foes known as THE 4 FORCEMEN, an ever-expanding collection of premium skill decals, seasonal in-game events, and more.

GungHo Online Entertainment will be celebrating LET IT DIE’s achievement on Feb. 27 with an official livestream on Twitch at 7 p.m. PST. Fans can watch the livestream here.

"I am overjoyed that we were able to achieve four million downloads since LET IT DIE’s release a year ago,” said Kazuki Morishita, CEO of GungHo Online Entertainment. “Thank you to the fans for their continued support and we will continue to produce more content so that LET IT DIE can be enjoyed for years to come."

LET IT DIE is available for download from the PlayStation Store.

ABOUT LET IT DIE
From Grasshopper Manufacture, the creative minds behind Lollipop Chainsaw and No More Heroes comes LET IT DIE! Die to survive in this free-to-play hack and slash survival action game. Set in a post-apocalyptic Japan, players start with little more than their undergarments and must forage for powerful weapons and armor to do battle with the over-the-top ultraviolent future that waits. LET IT DIE is a PlayStation®4 exclusive title available now and has been downloaded over four million times.

For more information on LET IT DIE please visit: