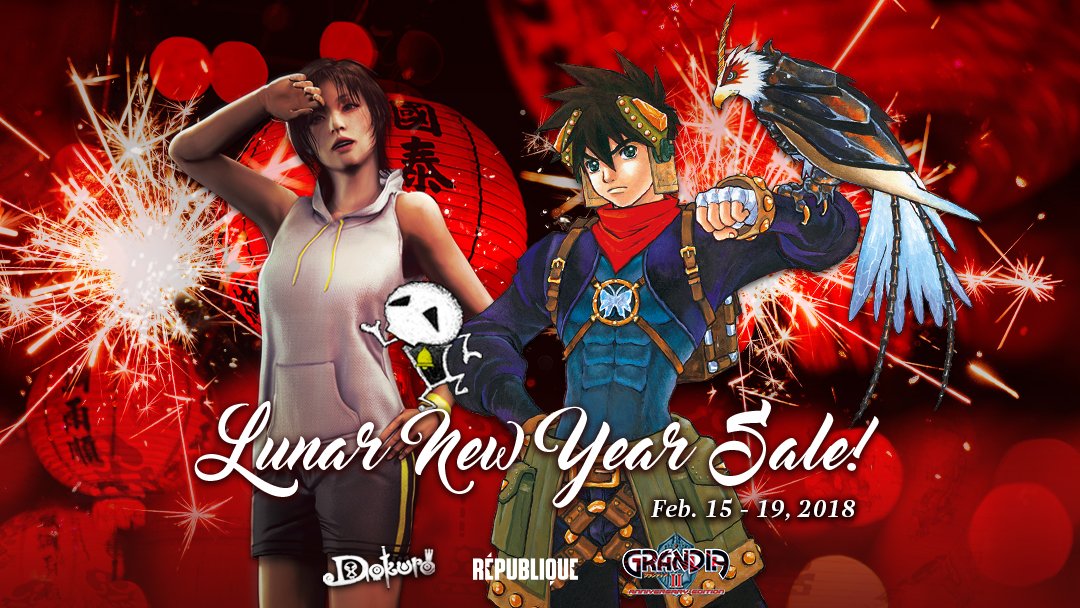 EL SEGUNDO, Calif. – February 15, 2018 – GungHo Online Entertainment America is joining the Lunar New Year festivities with winning sales up to 75 percent off for users on Steam. From Feb. 15-19, 2018, Republique will be up to 60 percent off, Dokuro will be 75 percent off, and Grandia II Anniversary Edition will be 50 percent off.