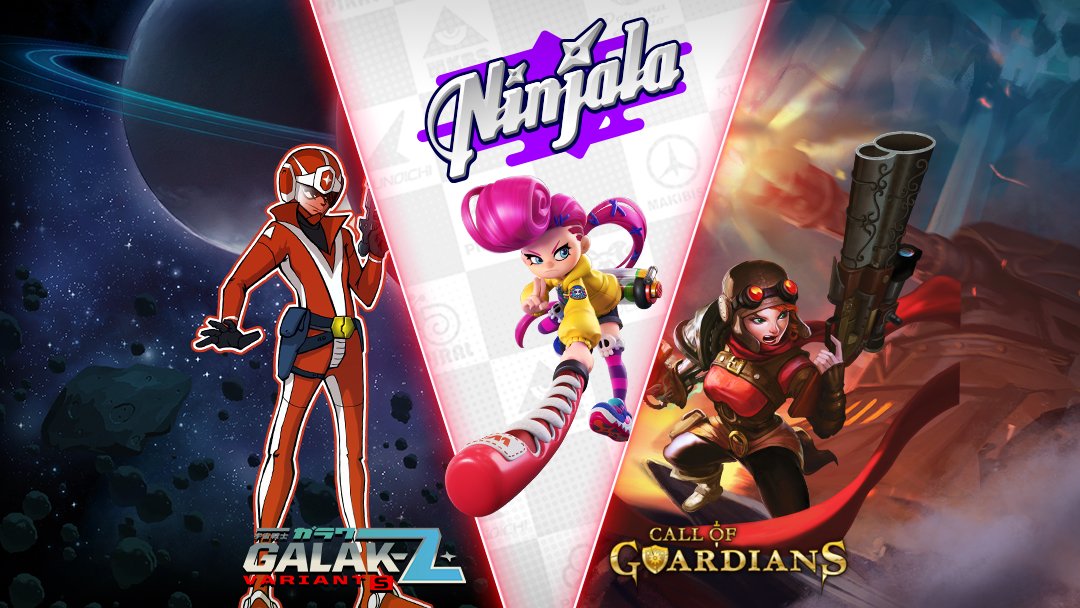 As a follow-up to the original, GALAK-Z: Variant S delivers a premier galaxy-surfing, space-blasting experience on the Nintendo Switch with intuitive controls, a story-driven campaign, and intense combat for players to voyage through the universe at hyperspeed. In this spaced-out game developed by 17-BIT, players can collect upgrades, salvage, relics, and Bots to max out their spaceship’s potential and boost their Mech’s combat effectiveness to become the highest ranked pilot in the galaxy.

“With GALAK-Z: Variant S, we’re capitalizing on the Nintendo Switch’s maximum potential with handheld and tabletop mode, and implementing new changes in the game,” said Jake Kazdal, CEO and founder of 17-BIT. “By bringing this title to the Nintendo Switch, we are delivering an incredible space exploration experience to a wide and eager player base.”

Attendees will also have the opportunity to go hands-on for the first time with a demo of Call of Guardians, a one-of-a-kind MOBA available on iOS and Android developed by Signal Studios. With a diverse roster of Guardians, there’s a robust selection of heroes, including the intelligent and nimble Helvia, a tactical robot Ladon, or the rageful summoner Damien. Using each Guardian’s arsenal of minions, spells, spawners, and special hero-based abilities, players can subdue their opponents in fast-paced, head-to-head action. Each battle engaged will strengthen the player’s Guardian, their stockpile of weapons and support units, and will create opportunities to expand the player’s armory.

GungHo Online Entertainment will reveal a new title for the Nintendo Switch and share additional news through upcoming announcements leading in to E3.

Call of Guardians assets can be accessed at www.callofguardians.com.

ABOUT GUNGHO ONLINE ENTERTAINMENT AMERICA
GungHo Online Entertainment America, Inc. (GOEA) is a multiplatform publisher dedicated to delivering the best titles, content, and support for the online gaming community. Established in 2012 and led by former Square Enix U.S.A. and XSEED Games executive Jun Iwasaki, GOEA is the US division of GungHo Online Entertainment (GOE), an established Japanese publisher. GOEA’s content partners include leading developers Grasshopper Manufacture, Game Arts, Acquire, and Gravity, all of which are subsidiaries of GOE. GOEA publishes and distributes network-oriented games for console, handheld, mobile, tablet, and MMO-style games for PC. GOEA is located in El Segundo, CA. For more information, visit www.gunghoonline.com.
Nintendo Switch is a trademark of Nintendo.