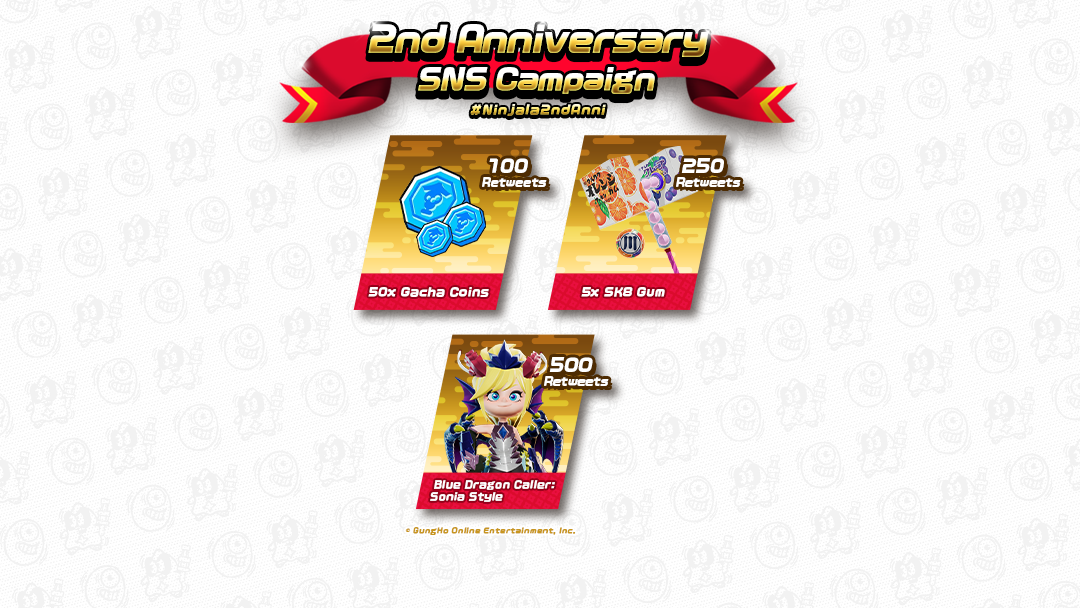 Congrats once again to the winners of the WNA Resort giveaway! And just like that, we’re doing ANOTHER one–we told you we wanted to make our 2nd Anniversary special!

Rather than choose five winners, this time we’re giving away prizes to one, two, three… well, every ninja who wants one. Seriously! Up to three rewards can be earned in this latest social media campaign, beginning with 50 free Gacha coins. Reaching our goal of 500 Twitter Retweets and/or TikTok shares will mean that the Blue Dragon Caller: Sonia Style outfit–previously exclusive to Japan during our Puzzle & Dragons collab–will be made available to everyone!

What’s the catch? You all. You’re the catch. We want you to know we appreciate you. <3

Make sure to share the news with your fellow ninjas to make sure we have the best chance of reaching the max prize–good luck everyone!!!~

You must complete at least one of the below steps to participate in the giveaway:

The Ninjala award codes will be revealed on 7/11, and the codes will remain valid until 7/19.

Make sure to redeem them during that period!

*If any fraudulent activity or inappropriate behavior is discovered during the contest, entries may be voided or the contest may be canceled.

Make sure to follow our socials for more Ninjala updates!