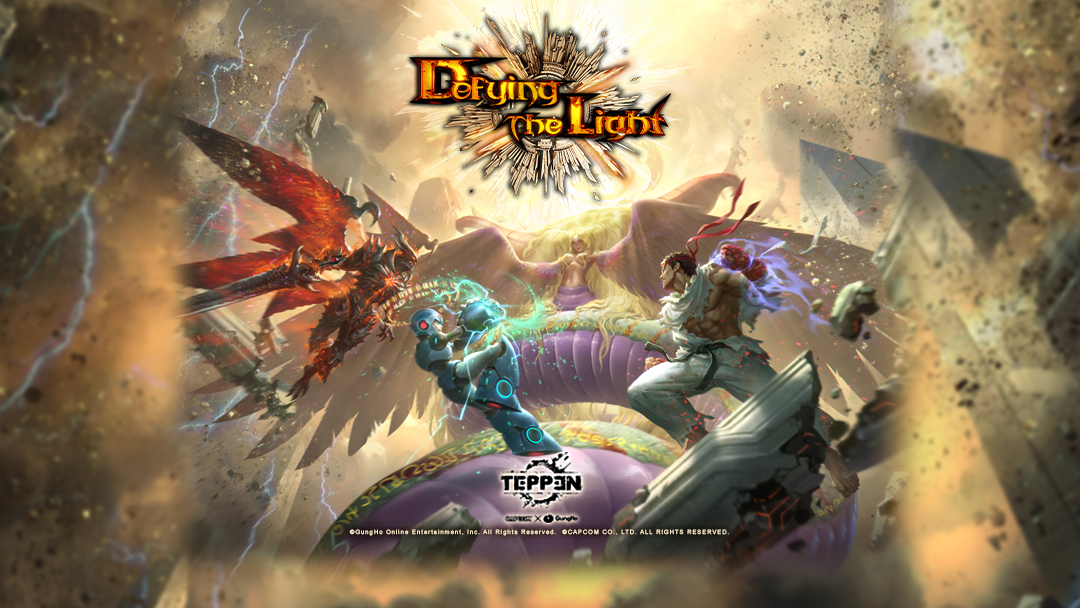 TOKYO, Japan – March 1, 2022 – Learn the ultimate fate of the Goddess in "Defying the Light," the climax of a three-part trilogy launching in TEPPEN today! The War of the Goddess rages on in the Land of Illusion where the Heroes of TEPPEN face their final showdown against the Goddess Myria. Play through this epic conflict with beloved characters from the Breath of Fire, Street Fighter, Mega Man series, and more.

The Final Confrontation
After the Three Sages revealed the location of the Land of Illusion, our heroes embarked on a journey to take the fight to Myria herself. Having crossed through the Storm of Death and Desert of Death and fended off her faithful soldiers, the Resistance Army will face the wicked Myria in the deciding fight between the will of the people and the Goddess.

A New Ally
The Resistance also attempt to save the souls that were sent to the digital system, "Land of Light" by Myria's followers. However, the Heroes are aided by RiCO from Mega Man X DiVE, a glitch-like figure that emerged from the "Land of Light." With the help of RiCo, Felyne from Monster Hunter liberates the souls trapped in the Land of Light as the battle with the Goddess rages on.

A New Ability
Our heroes are sure to take a few hits, but the new ability keeps them in the game. This ability activates when a Hero's Life falls below a certain value, triggering different effects.

Supplemental Cards for "Defying the Light" will be added in April. They are exchangeable cards exclusively available in the Point Match Reward Exchange or Soul Shop. They cannot be obtained from card packs.

Card Rotation
The "A Dark Agenda" card set rotates out of Standard Mode with the introduction of "Defying the Light." The following card sets are no longer allowed in Standard Mode:

Assets for "Defying the Light" can be found here.

ABOUT TEPPEN
There's only one way to Rise to the Top – playing TEPPEN! TEPPEN is the Ultimate Card Battle game where units you command operate in real time, featuring dynamic action with over-the-top attacks blowing up your screen. With astonishing graphics and a cutting-edge battle system, TEPPEN is the card game to end all other card games! Command popular Heroes (characters) from Monster Hunter, Devil May Cry, Street Fighter, Resident Evil, and other series in All-Star action from Capcom's finest!