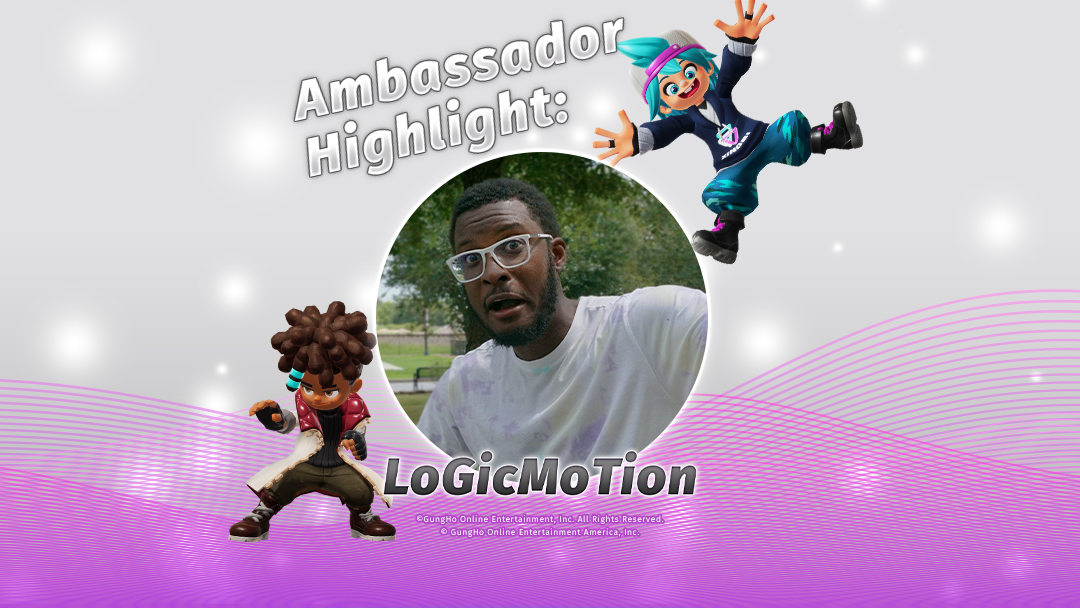 LoGicMoTion is a Ninjala Ambassador who focuses on creating Ninjala guides and tutorial videos. He is also known within the community for commentating in our official Ninjala tournaments like the Bubble Bobble Battle and Scorching Summer Skirmish! Learn how LoGicMoTion started creating video content and what his goals are as a creator!

How did you start your career as a streamer and what kind of content do you create?
I started my streaming career shortly after my second semester of college. I wasn't sure what I wanted to do in life yet, so I was just figuring things out while playing games and having some fun. I had always streamed, but I never really took the time to make video content until 2020. To me, streaming and making video content are fundamentally different but equally rewarding.

I make informational/educational content on YouTube to help people to improve their gameplay and/or learn something they might have not known. I also like to delve into different perspectives and play styles just because you always have to consider that when making guides and/or tutorials!

What is your favorite GungHo game?
Ninjala of course! Before 2020 I had no idea what this game was about or if it even existed, but my good friend Depeza asked me to play and I obliged. I’m glad I took the dive!

Do you have any tips for someone who just started playing Ninjala?
Be patient, the game has been out for a while so a good chunk of the player base at the moment is really good. I would suggest playing patiently, try to understand the game more, and you'll be rewarded! Playing with some coordinated friends is always a good idea as well!

How did you become a GungHo America Ambassador and what do you like the most about it?
I made YouTube content for Ninjala early on in its lifespan and it was a good time. I love that we have the opportunity to commentate official tournaments since to me that’s super fun and I wouldn't have had that opportunity if it wasn't for being an Ambassador.

How has it been like commentating for the official Ninjala tournaments?
It has been awesome, I have never commentated like that in an official capacity. To me, it was a fun and huge learning experience. I never felt nervous or anything, I was just having fun and I think that’s the way it needs to be!

Do you have any goals as a content creator and GungHo America Ambassador?
I want to become a more consistent content creator in the future. Once I finish school I will be able to do so.

As for streaming, I want to be able to play a variety of games in the future. As of right now, I’m only known for Ninjala, but I think it would be cool if I could play multiple games!

What are your motivations for streaming?
One day I would love to become a Twitch Partner, but this is a long-term goal. I know I have the aptitude to do it, I just need the time and creativity. We will get there one day, it’s not about the destination but the journey.

Any advice for someone who wants to become a content creator?
DO NOT COMPARE YOURSELF TO OTHERS. "Don't compare yourself to others. There's no comparison between the sun and the moon. They shine when it's their time."

Anything else you'd like to mention to the readers?
Ninjala was the first real game that made me make actual video content and not just stream, and I thank Ninjala for that since it really has opened up so many opportunities and avenues. There is so much reach on being on multiple platforms, and if you’re a content creator in any capacity, you need to try your hand at YouTube or making video content!