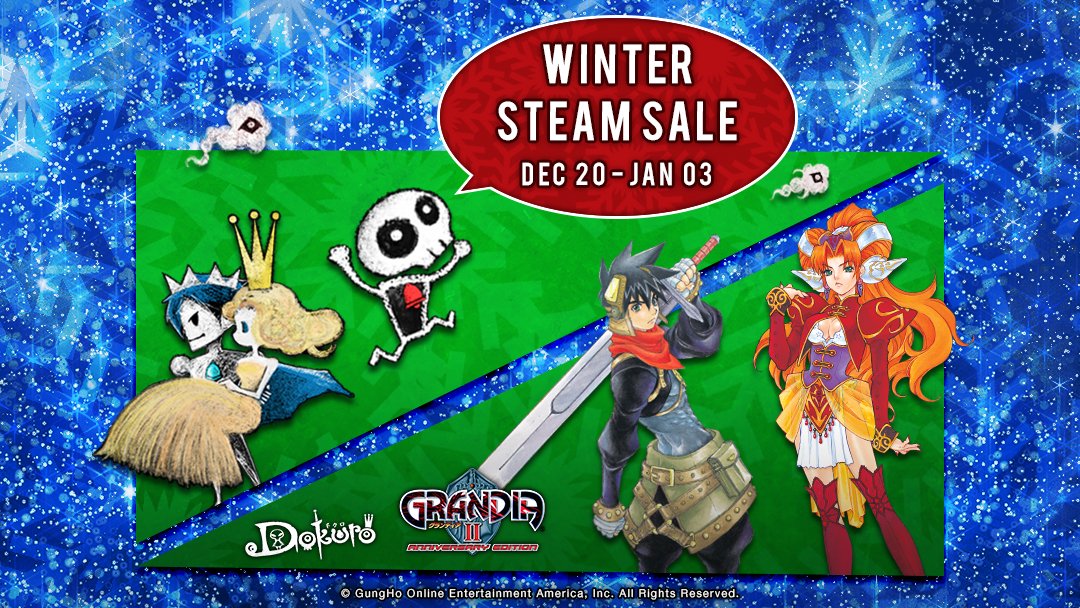 EL SEGUNDO, Calif. – December 20, 2018– In the spirit of giving and cheers, GungHo Online Entertainment (GOE) is bringing savings to its players starting today until Jan. 3 with sales on two fan-favorite titles, Dokuro and Grandia II Anniversary Edition through the Winter Steam Sale.