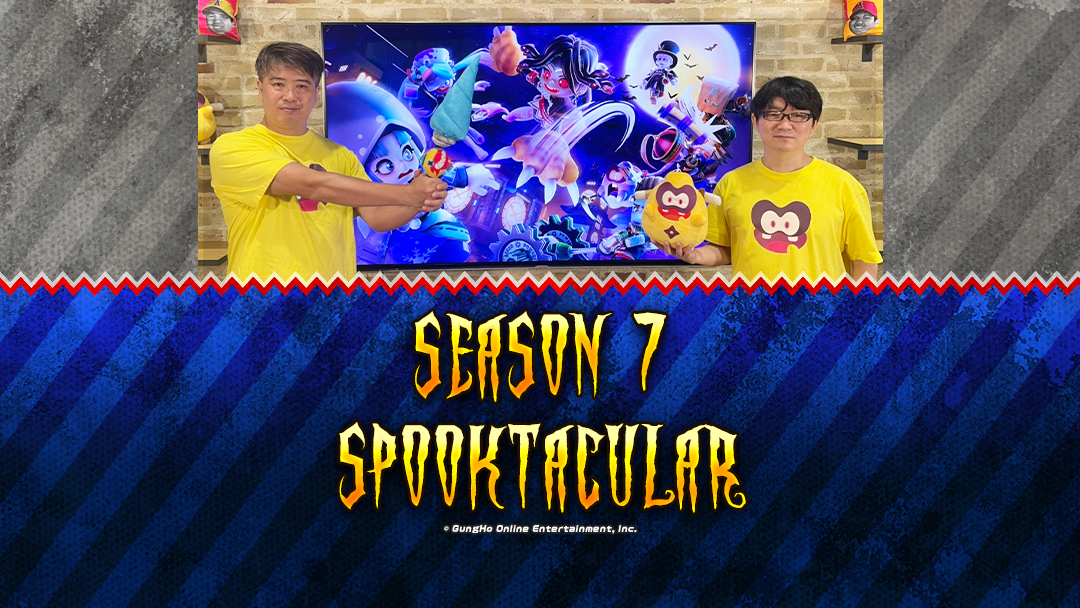 Let's Celebrate a Spooktacular Season 7 of Ninjala in This New Dev Diary!

Join Morishita-san and Kaneda-san in the latest Dev Diary as they cover Season 7 of Ninjala, which is coming up real soon, and it’s filled with some spooktacular stuff!

Season 7’s theme is HORROR! In the season of tricks and treats, we have a bit of both for all of ya! (OK, no, it’s mostly treats) Beauty is in the eye of the beholder, so we are introducing a way for you to literally find the beauty in your ninja’s eyes this season.

Swipe at your enemies with this new class of scary cool weapons! We’re introducing TWO NEW weapons in Season 7. They’re part of a new class of weapons that specialize in close combat! We don’t know about you, but we think they’re paw-sitively awesome and it’ll be all ogre now for anyone who dares to go hand-to-hand against you!

It’s raining IPPONs! How? Maybe a handy new Shinobi Card is coming soon, but you’ll have to see the video to find out!

Put your God-like Ninja skills to the test with the new Featured Battle, Last Ninja Standing! No respawns will be allowed in this new featured mode AND the map gets smaller! Will you be able to be the last ninja standing and win it all? What’s your strat to surviving until the end? Be the aggressor and IPPON everyone outta the ring? Or hide in the shadows?

Now, we’re just getting started with all of the spine-chilling things coming to Season 7 of Ninjala. Stay tuned until the end for a sneak peak for what’s to come!

Keep up with the latest and greatest Ninjala news by following us: