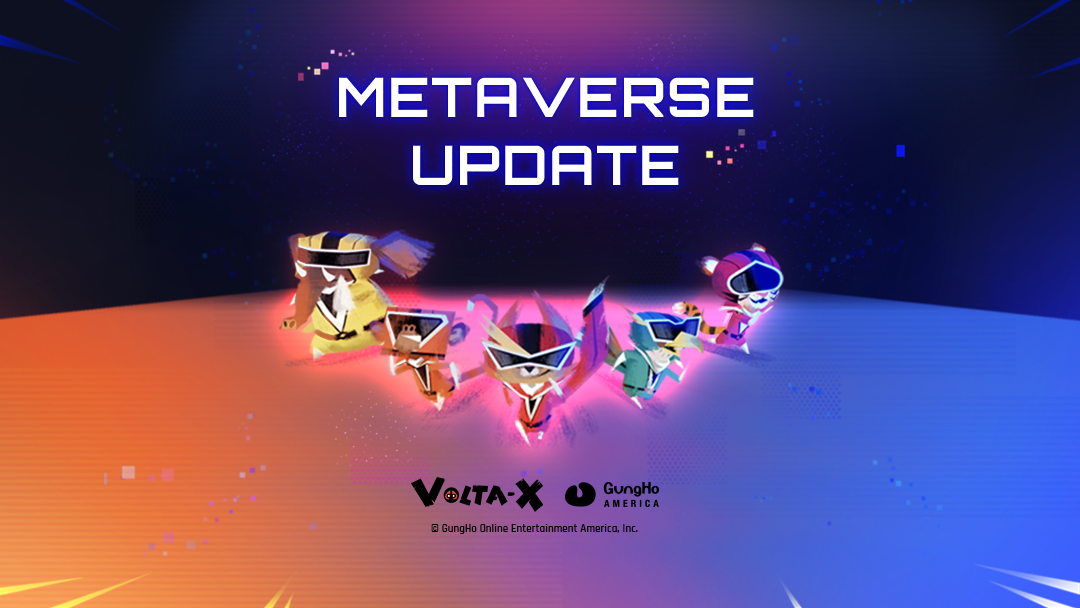 Welcome to the Volta-X Metaverse!

The World Volta Association wants to thank all pilots for being an integral part of our esteemed organization. Not only has the world of Volta-X become safer under your watch, but your tactics, tools, and feedback have reinvigorated our research scientists. They have whipped up a totally out-of-this-world experience for all of our pilots to embark on--veterans and rookies alike!

Buckle up, because you have only scratched the surface of Volta-X: Welcome to the Metaverse, pilots! Our research labs have devised a new offline game mode--a rogue-like experience where you can choose a randomized load-out and battle your way through the ranks of several challenge paths.

As you progress, you earn currency and rewards that assist in your current and future runs. Exclusive to the Rogue Mode, you can repair your Volta, heal your crew, purchase/upgrade parts, and build out your Headquarters for passive bonuses in-between fights. Although cosmetic in Career mode, costumes within Rogue Mode offer unique bonuses to aid your progress!

If you are defeated, your progress is reset and you will be given the chance to start a new run and beat your previous records! Your Rogue Mode Headquarters will remain, affording runs as opportunities to push harder and become better, faster, stronger as you fight for victory!

The WVA’s top engineers have designed new visionary Voltas for you to earn, customize, and skirmish: Irontail and Valkyrie!

Irontail is an elegant but deadly Volta frame modeled after the nine-tailed fox legend. With her tail serving as a third customizable hand, Irontail’s versatility brings new combinations of parts to the battlefield. Irontail’s Fox Soul special is a scorching hot move that adds fire to her next nine attacks!

Valkyrie is a titanic transformer Volta frame hailing from East Germany. With her Helheim special, Valkyrie can transform between Humanoid and Tank form at will, which can allow for altered battle strategies on the fly!

Blaster Cannon is a Shoulder-Arm part that can be fired at any time but significantly increases in power the longer it is cooled down between uses. BIG BADDA BOOM!

Black Hole Beam is another Shoulder-Arm part that produces a singularity within a targeted room. All crews from adjacent rooms will be pulled into the black hole as it does damage over time!

As long as it remains intact, the Nanomachine Cloud automatically generates a healing aura effect that will heal all rooms over time.

The Destroyer is a Chest part that amplifies the crew damage done by any offensive attacks. Combined with some other choice parts, this can be a deadly addition to any arsenal.

The Ice Launcher has several unique and innovative features! When a room is targeted, it creates an ice effect which will slow down the repair rate and crew movement inside that room. It also extinguishes fires since, well, you know, ice.

So long as a crew member is present inside the room, the Auto Turret will periodically fire at its target on its own. Pilots can leave the targeting up to the Auto Turret or choose their own target to match their strategies.

Light Punch has been formally re-classified as Dagger, which allows for a low-cooldown melee attack with light damage output.

Research shows that emotes and taunts increase pilot and crew camaraderie. We have an assortment of new emotes to be earned, collected, and flaunted during high-pressure moments in combat!

Of course, everyone in the WVA has a penchant for fashion and the Metaverse is no exception! The WVA is pleased to present new costumes to dress up all of your favorite fuzzy friends!

The Headquarters now offers two new rooms to construct: The Volta Training Room and the Crew Training Room. These rooms allow assigned crew members to earn additional experience for the selected upgrades as you engage your opponents on the battlefield!

The World Volta Association has received your reports of glitches in the matrix, as they say, and we put our top researchers and engineers on the case! We have found and implemented solutions for some of the most popular quandaries our pilots have encountered since our last major update:

For one final touch, the World Volta Association is pleased to reveal these new Parts, Voltas, and Headquarter Rooms are also achievable in the Career Mode! The WVA is honored to share this new extension of the world with our most passionate warhorses and the full immersive experience with all of the newest recruits.

The WVA wishes you the best of luck on all your challenges as you explore all that the Metaverse has to offer. See you on the battlefield, pilots!