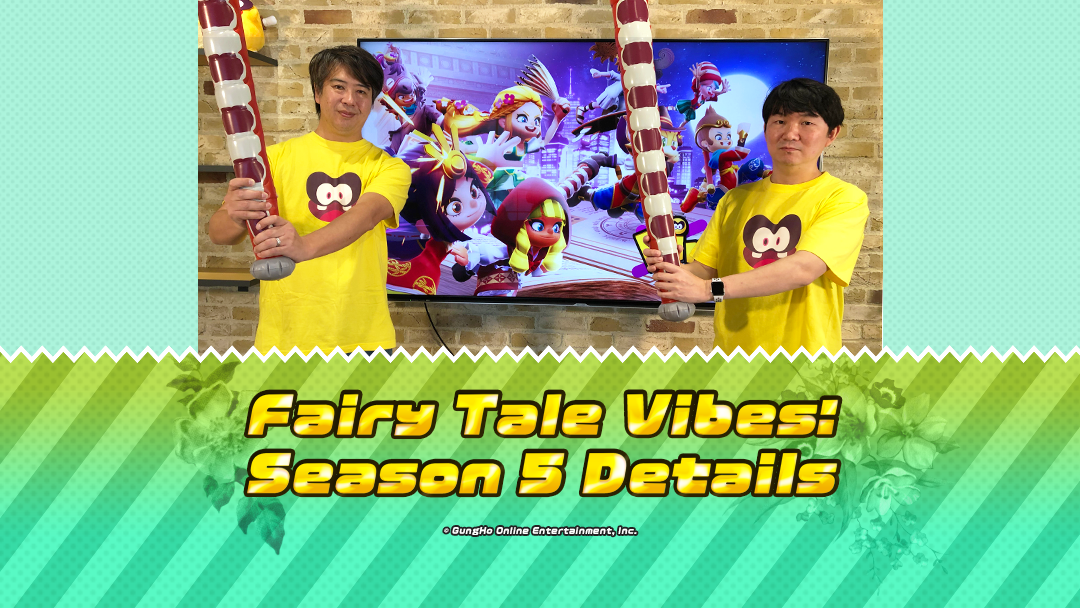 Folklore and Fairy Tales: The Story of Ninjala Season 5

We’re straight vibin’ with Morishita-san and Kaneda-san in the latest Ninjala Dev Diary. Dev Diary #13 tells the story of new (well, mostly new) and old coming in Season 5! New outfits, weapons, and game modes will be added in addition to a Beginners Campaign designed to help new players. Life isn’t all fun and fairy tales, but the new season will be!

Season 5 will be all about welcoming new players with the Ninjala Beginners Campaign! New (and veteran) players will be able to receive login bonuses, special sales on story packs, and a special new tutorial mode to help boost their budding ninja career. With a new and improved tutorial mode, we hope this will help any aspiring ninjas learn the basics and maybe some extra tricks to put up their sleeves.

Folklore and fairy tales are the theme of this season! Featuring costumes from all over the world, players will be able to tell their ninja story in the most charming way. But don’t let sweet tales distract you from the battle, as this season also introduces new Gum Weapons! These new Gum Weapons take existing weapons and add new combinations of Gum Ninjutsu, Specials, and Gum Shoots to add some extra fun to the fray. For example, the “Shinobuzz Paper Fan” is sure to pack in a good smack and a wack to enemies on the battlefield with great comedic effect.

Additionally, an in-game online tournament mode will be included in the update, giving our most competitive ninjas a chance to duke it out and show who is the real God of Ninja Gods, but will also win exclusive prizes, of course. If online tournaments aren’t your thing, Ninjala will also be introducing a new game mode called “Ninjala Striker”. In this mode, players will be split up into teams and will have to attack a gigantic ball and each other to push it towards the enemy’s goal!

Outside of in-game goodies, the Ninjala Collection Card Vol. 1+ was announced to release in Japan and the United States in late March. For all you ninjas who missed out on the first release, this is your chance to collect these special cards to redeem for sweet in-game items, like an exclusive outfit that can only be obtained from this set.

More events and details were revealed in the Dev Diary, so you’ll have to watch it to find out what’s coming up next in Ninjala! Don’t forget to follow Ninjala on the social channels linked below to stay connected and learn more about the latest news!