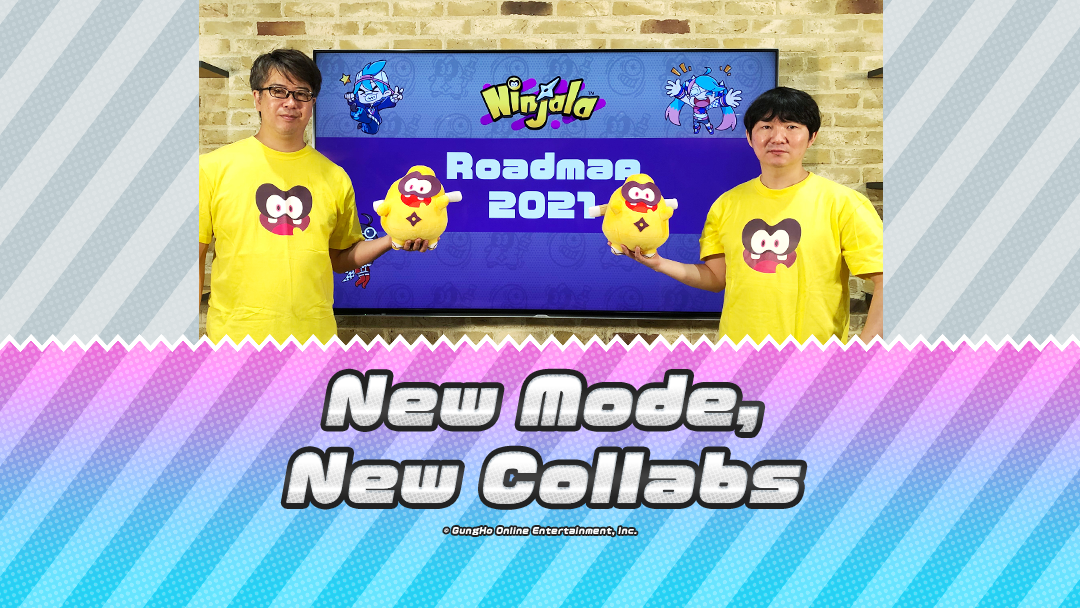 Welcome back for another blazing hot developer diary from our good friends Morishita-san and Kaneda-san. This time, our dynamic duo brings news of the year to come, and what players should expect from Ninjala as we close in on the first anniversary of our bubble-gum brawler’s release.

With Season 4 getting underway just last week, we’ve got a special new Featured Battle mode coming dubbed, “S-Blast Battle Test Play!” For this Featured Battle, we’re taking S-Burst out of the equation, and replacing it with S-Blast. Instead of the S-Burst causing a parry when you’ve been attacked, S-Blast will push the opponent away in a gush of energy, resetting the battle. If both players attack at the same time, it will still lead to a parry situation. Look for the first S-Blast Battle Test Play! to get underway on January 15! You’ll have a shot to earn the Xenon Headphones as a reward, too.

In addition to the new Featured Battle, we got the first details about Ninjala’s upcoming content for the first part of the year. Season 4 will bring back Kyary Pamyu Pamyu for an all-new collab featuring a new BGM track and shirt, but will also see the previous outfit, song, and IPPON decoration return for a very limited time. There’s also a special second collaboration coming in Season 4 featuring GungHo’s very own Uncle Death. The LET IT DIE collab has all kinds of cool goodies to check out, so keep an eye on that collab coming later this season.

When Season 5 rolls out, we’re going to be updating the Ninjala tutorial quite a bit, and we’ll have more details on what that means at a later date. Beyond that, a new Featured Battle will be introduced, along with two new collaborations, and new weapons. Like the tutorial update, you’ll have to stay tuned for more details on what all those are, so make sure you’re following all our social accounts below to stay up to date.

That’s not a bad bit of new info to start out 2021, and we hope you are all looking forward to celebrating these new seasons and the anniversary along with us. Go on and get back to enjoying Season 4, and we’ll bring you more news once we’re ready to share!