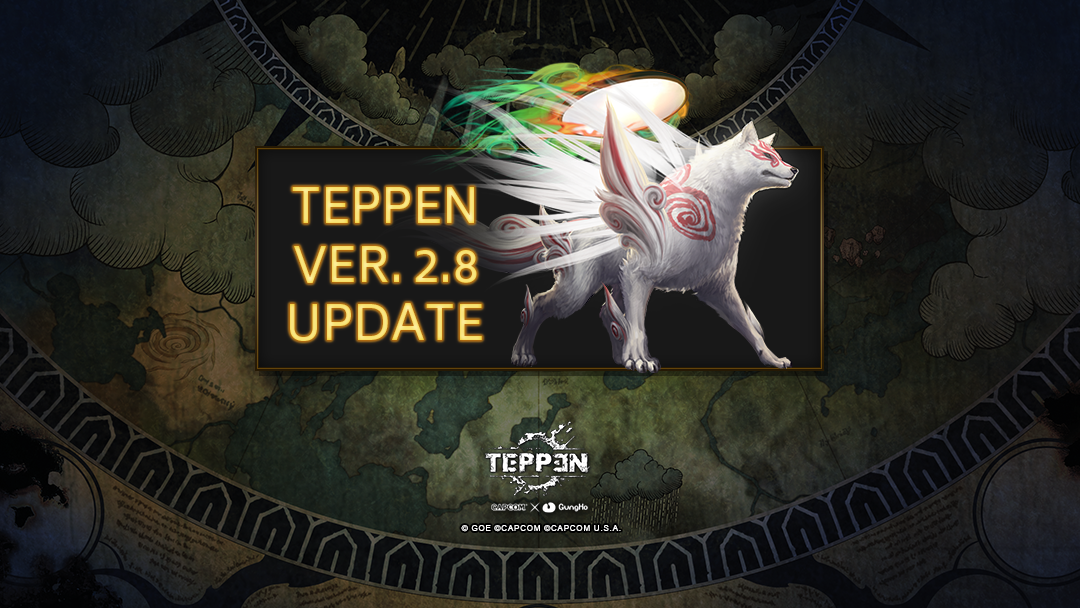 It's Time to Celebrate TEPPEN Version 2.8

TEPPEN updated to version 2.8 on November 1, 2020 UTC bringing in a revamp to the Chronicles game mode, introducing the new quest board, and implementing the recently announced balance adjustment. With the update, TEPPEN became available to 12 new countries in Latin America!

Help us welcome the 12 South and Central American countries joining the battle to the top in TEPPEN! Countries that can hop in on the action include Peru, Belize, Paraguay, Panama, Dominican Republic, Chile, Colombia, Costa Rica, Ecuador, Uruguay, Argentina, and Mexico (except for Amazon Appstore). To welcome all the new players, a New Region Celebration Campaign has begun for any player that started after November 1, 2020. From November 1, 2020 until January 4, 2021, all new players will receive a whopping 30 “Adventures of a Tiny Hero” Pack tickets and 20 “CORE” Pack Tickets.

Additionally, all players will be able to obtain extra login bonuses on top of their regular daily login rewards in celebration of the new regions, which reward Souls, Zenny, an Epic Ryu Card, and a “Tale of Amatsu no Kuni” Pack ticket! Special missions have been added, which will reward a Secret Huitzel Card upon completion. Don’t worry about feeling lonely starting out in TEPPEN, with the Friendship campaign, you’ll be rewarded for adding fellow TEPPEN players, who can help you with those Special Missions if you’re lost!

Come one and all and gaze in awe at the new Quest Board! Although it is designed to help beginner players, veteran players are also more than welcome to complete it for more rewards and to satisfy your completionist needs. The Quest Board gives players missions, like checking out the beginner’s guide and the new Chronicles, and completing them will grant rewards like Zenny, Cards, and more.

Once the first board is completed, players will be rewarded with a Legendary Fate-Defying Ryu, which is still a key Unit to have in so many different deck strategies regardless if you are a beginner or not. Fate-Defying Ryu’s

Each of the four Quest Board levels offers new, powerful cards for your decks, so make sure you keep questing and unlocking to get the most out of these unique challenges.

TEPPEN has expanded the Chronicles missions into two difficulty levels. There are the new Beginner levels designed to teach all newbies (and maybe some Veterans) how to play TEPPEN and how to use all Abilities introduced so far. The Normal levels challenge players to think outside of the box against AI with 100HP, play with set decks against past meta decks, and much more! Expanding Chronicles gives players more opportunities to play TEPPEN solo and practice for their climb to the top in Rank, if they choose to that is.

If you’re new and worried about catching up, there is no day like today to start your journey! While you may not get on the Road to Worlds this year, there is still plenty of time to analyze the strategies of the qualifying players to help you on your journey towards next year's competition. Follow TEPPEN on social media to catch up on the latest news, meta, and memes you’ve missed in the past year! More information on this year’s Road to Worlds will be coming soon!