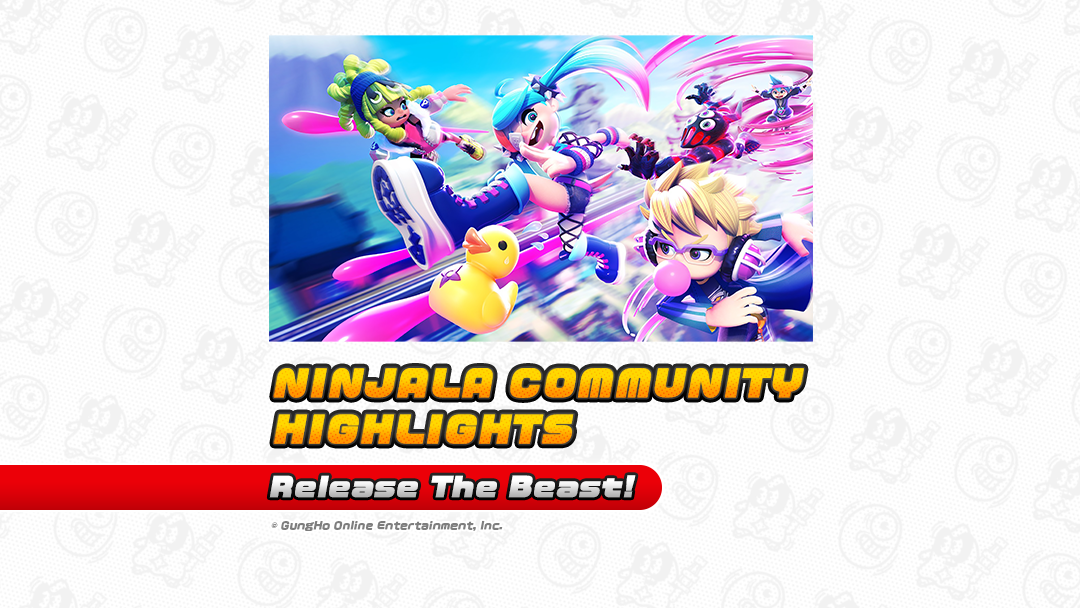 We’re proud to present the first episode of Ninjala Community Highlights! In this new video series, we’ll be featuring some of the best plays, funniest fails, and stealthiest strategies as submitted to us by YOU, the Ninjala player community!

For this first installment, we’re celebrating our very first Featured Battle Mode, Release the Beast! Watch the hilarious antics unfold as the brave ninjas attempt to taunt, trick, and turn the tables on a small horde of player-controlled beasts!

Release the Beast! Was the first Featured Battle mode to appear in Ninjala. Featured Battles are limited-time gameplay modes that shake up the classic Battle Royale or 4v4 Team Battle matches and introduce new ways to play the game! In addition to the nail-biting thrills had by all who participated, some Release the Beast! players were also able to earn a limited-edition costume item, the “Red Ninja Mask”!

Additional Featured Battle modes will be introduced to the game over time, and you can bet that we’ll give you all the details about how and when to play them over on the Ninjala social media channels. If you’re not already following them, links to the various Ninjala social accounts can be found at the bottom of this post.

Thanks to all the ninjas out there who played Release the Beast! while it was in session, and an extra special shout out to all the ninjas who contributed their clips for this installment of Ninjala Community Highlights! We couldn’t have put this together without you!

Thanks for watching, ninjas! IPPON!