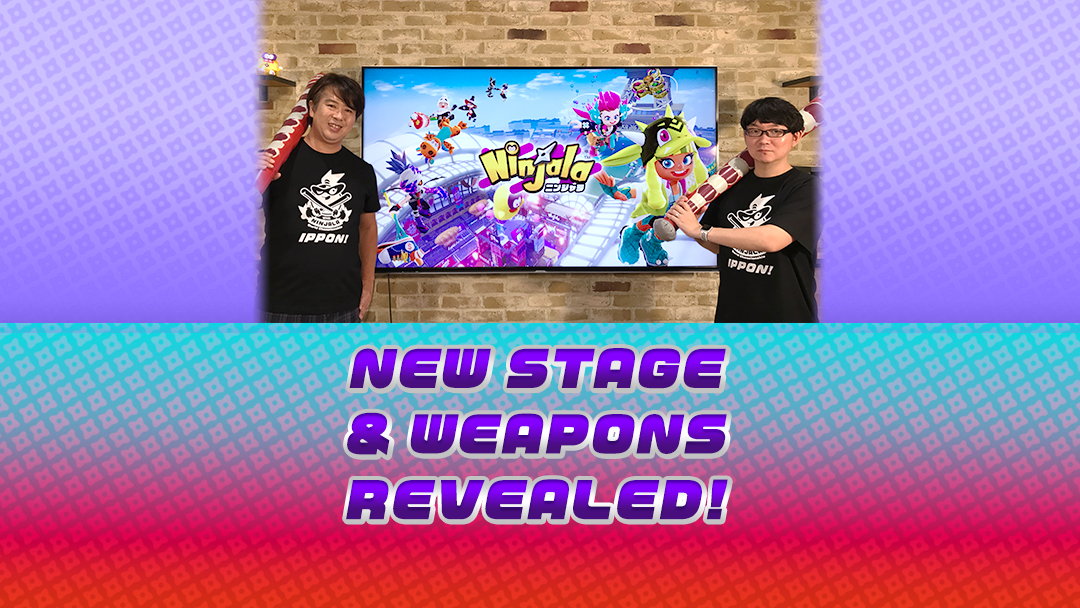 Ninjala Dev Diary #10 has arrived, and in this installment of our continuing video series, the devs reveal TONS of new details about Ninjala’s upcoming season of content!

The first big addition to the game for Season 3 is the inclusion of an all-new Spectator Mode. This feature will be available in Room Battles and allow viewers to see all the action from both an overhead perspective as well as from the individual views of each competitor!

Also arriving with the start of Season 3 is the brand new “Croissant Arena” stage! Modeled after Paris, France, this new stage features varying elevations, gum rails, Dash Plates, and even a special “Drone Monitor” that allows you to see the locations of Drones within the stage.

Two new hammer weapons will also be making their debut. These new hammers have a unique look and will also come equipped with a new Ninjutsu, new Special attacks, and a new Gum Shoot!

The in-game shop will also receive an upgrade in Season 3. More items will be available for purchase and you’ll also have an opportunity to purchase items from the past that you may have missed the first time around!

Beginning in Season 3, one of the most highly requested features will also be added to the game: non-consumable weapon skins! Players who purchase the Ninjala Pass will now be able to use their Ninja Gum weapon skins without consuming them! Other requested features that will be added to the game include non-combat areas, an increase to the number of Favorite Kits you can save from 10 to 20, and adjustments that speed up the matchmaking process and create more balanced matches.

Details about additional Season 3 collabs will be revealed at a later date. Stay tuned to the official Ninjala website and social channels (linked below) for all the latest news and updates!

Next, Season 3 will see the release of Chapter 2 of Story Mode! This chapter’s protagonist is Berecca, and the story will follow her quest to uncover the truth behind the death of her father. You’ll be able to earn special items for your Avatar for both completing her story and for getting high scores on each episode!

Finally, a new episode of the Ninjala Cartoon Anime will be arriving soon. Kappei will be the star this time around, and even Gumchi will make an appearance. How does Gumchi fit into Kappei’s story? Make sure to watch the episode and find out!

For more information about Ninjala, be sure to keep an eye on the game’s official website and social channels.