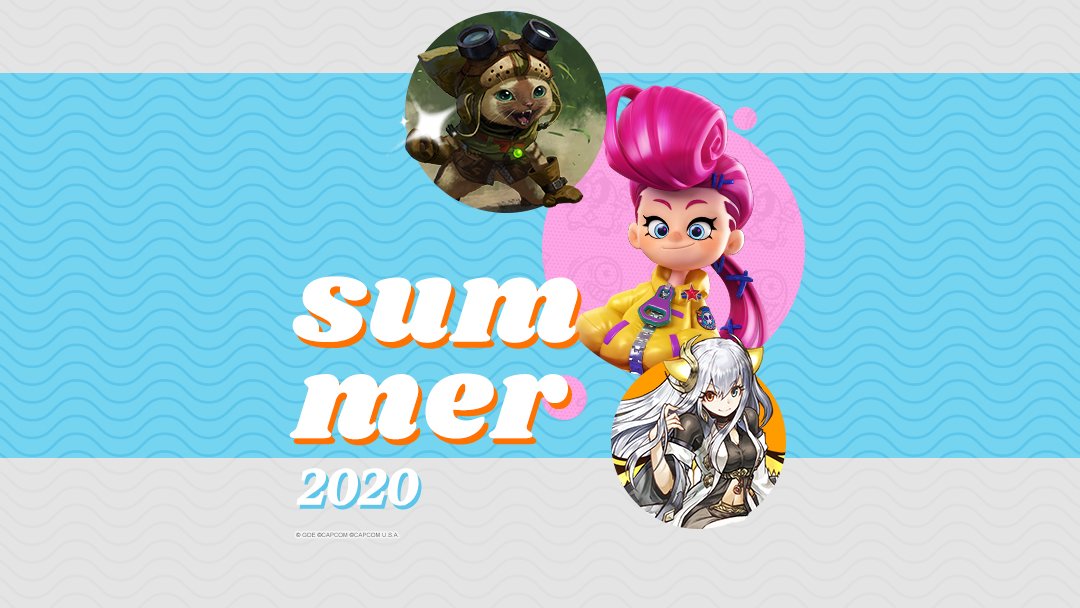 Summer has finally come to an end. This summer was unlike any other for the gaming industry, with all of the usual in-person conventions cancelled and replaced with online events. Here at GungHo Online Entertainment, the past few months were some of the busiest, most thrilling, and content-packed ever.

With the launch of our new GungHo America website, here’s part one of the recap for all the major events that happened this summer for our players and anyone who’s been MIA.

After two open beta tests, a Kyary Pamyu Pamyu and Steve Aoki collab reveal, and the first episode of the 2D cartoon anime series, Ninjala launched on June 24. Within 16 hours of release, we hit one million downloads! To date, we have achieved more than four million downloads thanks to our amazing community.

Season 2 began in mid-August, introducing a new weapon type: the Boards. We also added a new stage, Shinobi City, which is a Japanese-themed stage that is said to be the birthplace of the ninja. With the mix of traditional Japanese culture and modern sports as the new season’s theme, Ninjala got a whole new look.

But that’s not all! Our first in-game collab with Sonic the Hedgehog is now available. Make sure to check out the avatar outfits, IPPON decorations, stickers, and Gum Utsusemi inspired by Sonic, Tails, Knuckles, and Dr.Eggman!

In addition to the Sonic collab, we will be adding a new game mode called Featured Battle in early October. Featured Battle will have different limited-time events with new ways to play beyond Ninjala’s original Battle Royale and Team Battle. The first Featured Battle event will be Beast Attack!, which essentially is a game of tag but with ‘Beasts.’ For those of you who can’t wait, check out the ninth Developer Diary to see our Executive Producer and Director explain the rules for Beast Attack! and share some tips.

11th Hero, Felyne, and the “Adventures of a Tiny Hero” expansion.

Due to the global pandemic, we had to make some changes to the schedule, but we are still on track to hold the TEPPEN WORLD CHAMPIONSHIP 2020 (WC 2020) again this December. Make sure to check out how to enter here, as it’s not too late to start training to be the next TEPPEN Champion!

We also recently revealed the newest Hero and expansion, Amaterasu and “The Tale of Amatsu no Kuni,” on the latest TEPPEN Headline. What’s even more exciting is that not only did we add one new Capcom IP to the TEPPEN family, but two! Characters from the Okami and Sengoku Basara series have been added. The expansion will also be introducing two new Tribes, a new Ability, and a new type of Action Card. Make sure to check them out here.

Puzzle & Dragons is always busy with collabs and special events. This summer two popular collaborations returned, Shaman King and Evangelion. In addition to those fan favorites, we also had our first collab with Devil May Cry™, featuring characters

such as Dante, Nero, Vergil, Trish, and even Dante’s iconic weapons, Rebellion and Ebony & Ivory.

What other games or manga/anime series do you want to see us collaborate with? To stay in the loop of all of our upcoming events and collaborations, follow the official Puzzle & Dragons website, Twitter, and Facebook!

What were your favorite events this summer for Ninjala, TEPPEN, or Puzzle & Dragons? And what are you looking forward to for the rest of this year? Let us know by sending us a Tweet over on our official Twitter @GungHo_America

We’ll finish the recap with part two next week, featuring Volta-X, GRANDIA HD Collection, and LET IT DIE! In the meantime, make sure to follow us on all of our social channels below for exciting news and updates.