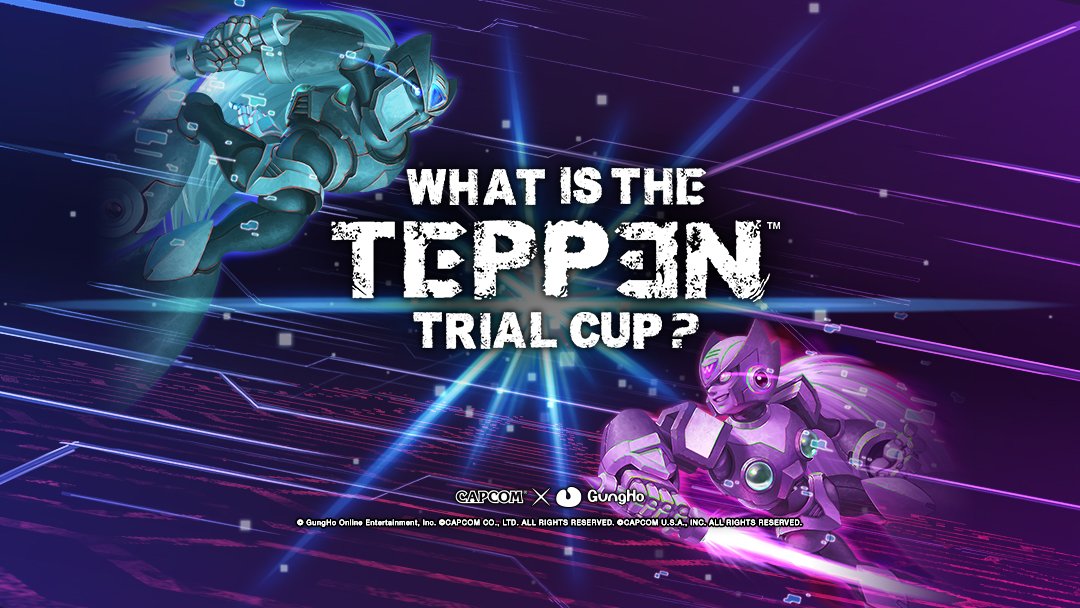 Sad you weren’t part of #TeamTEPPEN last year when we were holding TEPPEN Official Tournaments? Too scared to enter the community tournaments because you are new and/or low in Rank? We’ve got a solution for you to get into the competitive spirit: the TEPPEN Trial Cup!

Registration for the TEPPEN Trial Cup begins Monday, October 5, 2020! The Trial Cup is the start of what we hope can be a regular series of events hosted by REKT and sponsored by GungHo America. Players who enter these tournaments have a chance to win up to $2000*! In addition to the monetary prizes, the winners of the Trial Cup will receive an exclusive in-game banner to show off that they were one of the lucky few to enter and win.

There will be separate tournaments for North American and European players. You must be able to verify your location if you want to win that sweet, sweet prize! Tournament matches will begin the week after registration begins. You will have to verify your Rank and are allowed one Rank up between time of registration and tournament start, any other Rank fluctuation will result in a disqualification.

While future tournament details will be shared later, the TEPPEN Trial Cup will be a single-elimination, knockout-style event. Don’t worry, if you’re a D Rank player, you won’t be paired against Champion Ranked players. For the Trial Cup, we’ll break players out into three groups: Champ-A, B-C, and D-F. Winners of each Group will win Amazon gift cards based on their Group. Sixteen players will be able to enter each group and the prize breakdown will be as follows:

You’ll have a week to play through your matches, provided you don’t get eliminated in the first round, though complete schedule details for the event won’t be available until registration is complete. Players will have an opportunity to communicate with their opponents via a messaging system to schedule times that work for everyone, provided they fall within the reasonable allotted time the tournament organizers have arranged.

Be sure to sign up for your respective Group by Friday, October 2, 2020 at 12AM PDT, and confirm your spot on Saturday October 3rd before all 16 slots are filled! Participants will be confirmed by Sunday, October 4th. If you end up taking home one of our prizes, perhaps you can use some of your winnings to purchase a Season Pass or other goodies after “The Tale of Amatsu no Kuni” launches?

Make sure to follow us as PlayTEPPEN on social media to get the latest updates!