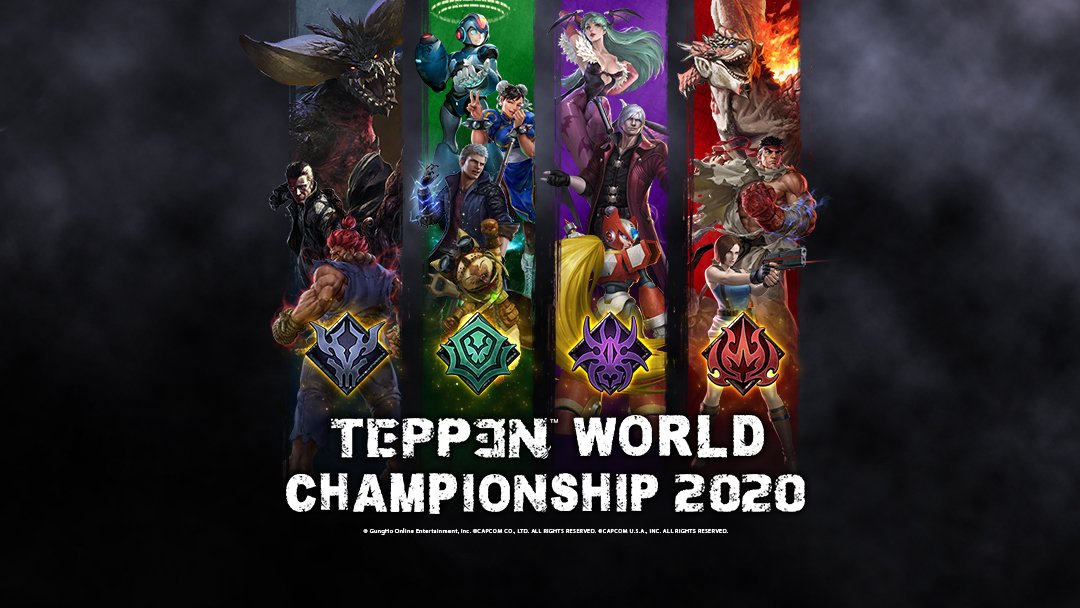 Road to TEPPEN World Championship, How to Get There and More!

In the summer of 2019, TEPPEN surprise launched at Anime Expo in Los Angeles, California. During this launch, TEPPEN announced its first World Championship despite being a brand new game. Just six months after launch, TEPPEN reached four million downloads, became an official esport title in Japan, and was gearing up for its biggest event yet.

Players from all around the world competed for a coveted spot during the Qualifiers, held in October, to compete in the first annual TEPPEN World Championship. Twelve players from four regions rose to the occasion and competed in the TEPPEN World Championship 2019 hosted in Japan. With a first place prize of ¥30,000,000 (~$283,000 USD), a brand-new Nissan Skyline GT, and other sponsored goods on the line, competitive spirit filled the air.

Intense matches ensued, but only one player, Last Guardian, proved he was the ultimate champion in the ultimate card game. Though that’s not to say the other 11 players don’t hold special places in our hearts. After our 12 finalists made a name for themselves at Worlds, the community kept a close eye on each competitor to see what they’d do next in preparation for the 2020 World Championship… and whether those that didn’t make the cut would surpass the rest on their Road to Worlds.

Earlier this year, more details on how to qualify for the 2020 World Championship were revealed. We initially planned for a combination of in-person events, Tour Points, and an Online Qualifier to allow players to qualify, but global circumstances decided otherwise. We had to take a detour as a result of the pandemic, removing in-person qualification as a possible path. However, players can still qualify via Tour Points or a one-day online Qualifier. Instead of limiting the event to just 12 players, we expanded the pool to allow 32 potential competitors (20 from Tour Points and 12 from Qualifiers) into the mix to compete at the TEPPEN World Championship 2020 for the title of TEPPEN Champion!

Tour Points were introduced in January as a way for players to slowly work their way to Worlds over the course of the year, as opposed to leaving all their hopes on the one-day Qualifier. Tour Points are obtained by playing Ranked matches, and accumulate every month from January to September. This method does not limit players to their regions, but instead includes all players from every region. The top 20 players with the most Tour Points will qualify for the TEPPEN World Championship at the end of the season in September 2020.

As we did last year, we will again offer players a chance to compete in an Online Qualifier separated by Region. Registration for this event is completely free, and will be held in-game between October 16, 2020 at the end of maintenance until October 24, at 15:59 UTC. The Qualifier will be held on October 24, 2020 from 16:00-18:59 UTC. During those three hours, players start with 1600 points and battle, King of the Hill style, to collect as many points from wins as they can. The event will unlock all Cards for players, even if they do not own them, which is great for newcomers. The top three players with the most points in each Region (JP, NA, EU, and APAC) will qualify for the final 12 spots in the TEPPEN World Championship. Players who already qualify via Tour Points will be excluded from Qualifier slots and the next runner-up will be selected instead.

You have a little over a month to warm up for the upcoming Online Qualifier, but don’t get too comfortable as we have a new Hero (and more???) coming in October! It’s anyone’s game at this point and we will be here to support your journey with more tips and strategy articles! For more details on what is to come, be sure to follow all of our official channels, and stay tuned for more on the Road to Worlds. Will you rise to the top by participating in the TEPPEN World Championship 2020?