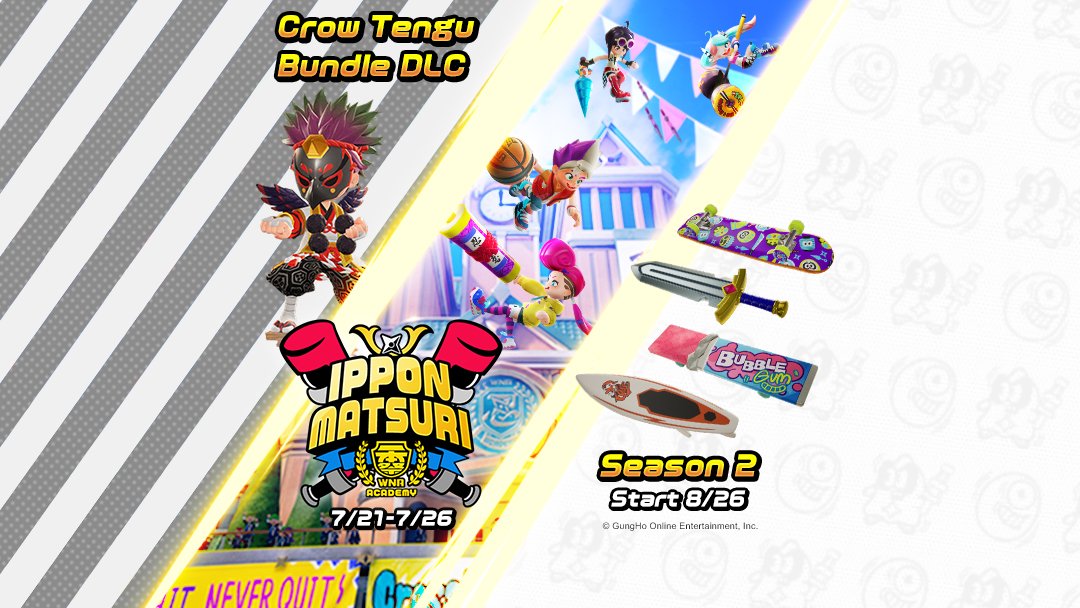 TOKYO, JAPAN -- July 22, 2020 - Don your crow mask and get ready to party! GungHo Online Entertainment (GOE) has released their first DLC pack for Ninjala, the Crow Tengu bundle, and have officially kicked off a week of knock-out madness with the IPPON MATSURI (Festival), taking place from July 21 to July 26. In addition, GOE has posted Dev Diary #7 to YouTube, in which the Ninjala developers share new information about Season 2 (coming August 26) and talk more about when players can expect to see the next episode of the hit Ninjala cartoon anime series.

Season 2 of Ninjala - launching August 26, free to all Ninjala players!

Outside of the game, another episode of the Ninjala cartoon anime is also on the way! The new episode, which will be released on July 29, focuses on Lucy and her adventures. Tune in to the Ninjala YouTube channel on the 29th for more.

Ninjala is an online Ninja-Gum action game featuring a colorful cast of ninjas who battle it out in action-packed clashes while free-running across dynamic environments. These young descendants of ancient ninja clans wield a variety of special items and abilities, highlighted by the use of distinctive "Ninja-Gum" weapons. Check out the trailer here and assets here.