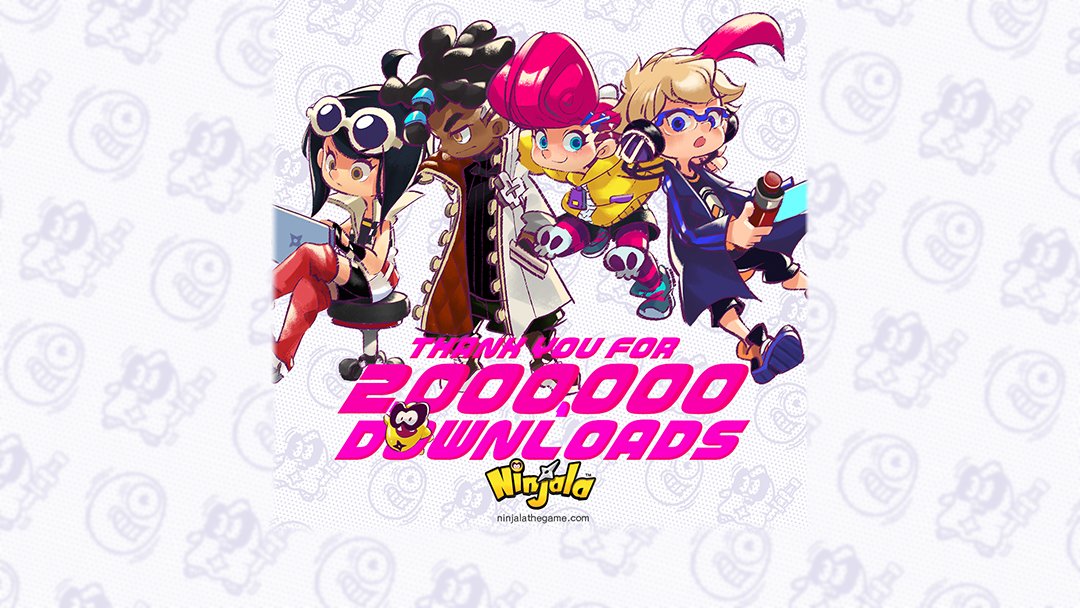 TOKYO, JAPAN -- July 1, 2020 - After surpassing one million downloads within 16 hours of its release, GungHo Online Entertainment’s (GOE) Ninja-Gum arena battler Ninjala has now exceeded 2 million downloads worldwide in less than a week! In celebration of the launch and both of the download milestones, all players who download the game until August 26 will receive a special gift of 300 Jala. In addition to announcing the 2 million downloads milestone, GOE has released Ninjala’s sixth dev diary, which focuses on all of the details of Ranked Matches and how to climb the leaderboards.

Ranked Matches are how players will be able to prove themselves as true IPPON masters! Upon reaching level 5 through Quick Battle or Room Battle games, players will unlock the Ninjala Battle Mode, allowing them to participate in Ranked Matches in both Team Battle mode or Battle Royale mode. In these matches, players with similar ranks are pitted against each other as they battle their way to the top of the leaderboards. Ranks will increase or decrease after each match depending on performance. Players will receive rewards based on their ranks, and those who finish near the top and earn the rank of ‘Ninja Legend’ or ‘Ninja God,’ will receive special icons at the season’s end.

Additionally, the devs also revealed some news about upcoming seasonal content for Ninjala: