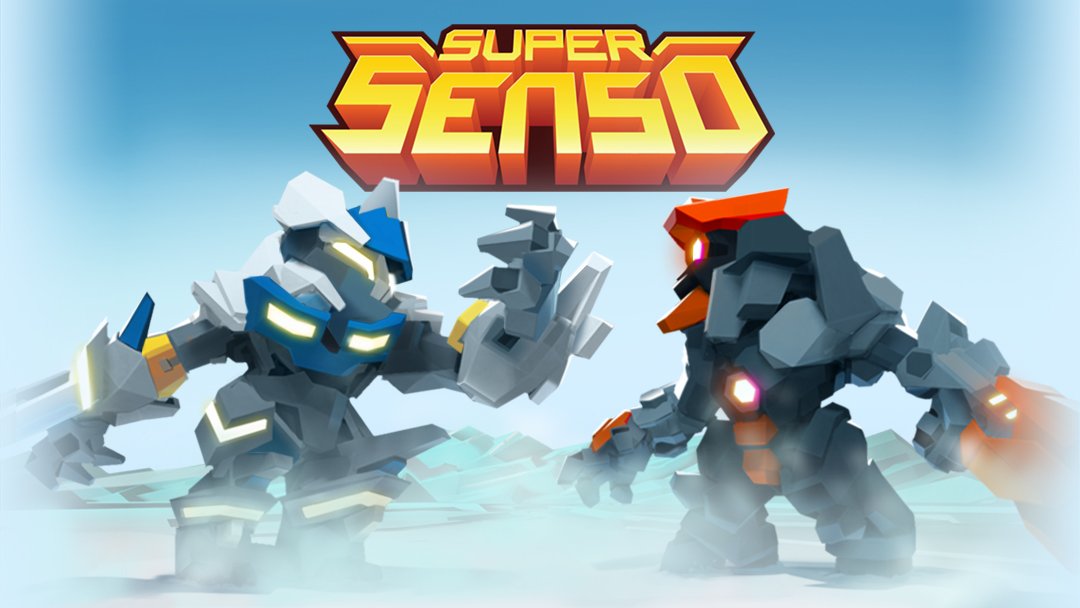 Inspired by a mix of classic strategy titles and modern-day competitive mobile games, face off in fast-paced PvP matches on vivid 3D battlefields, using finite resources and time to destroy the opposition. Players start each match with one SENSO, a powerful and specialized Hero that is supported by additional units including armored tanks, zombies, fighter jets, dinos, cats and super powers. All playable units, including the SENSO of choice, vary in movement ability, attack strength, and defense ratings, and can be leveled up to fit a unique gameplay strategy. Players take turns coordinating the movement of their SENSO and units to defend critical structures while simultaneously leveraging hardcore firepower to destroy the opponent’s enemies and match-ending SENSO-Gate base.

“After the soft-launch overseas in 2016 and subsequent Best of App Store awards in those territories, we’re excited to finally announce that Super Senso’s now primed for its official North American launch,” said Yohei Ishii, TURBO’s Founder and Chief Executive Officer. “The amazing player reception so far proves that there’s an unmet appetite in the market for an accessible, synchronous, turn-based strategy game suited for mobile play sessions, while still offering the depth and competition that more niche, hardcore players crave.”

Various features complement the game to help players establish themselves as the greatest Super Senso tactical commander in the world. Form a plan of attack and dominate seven unique maps in rotation with one of nine SENSOs and a mix of 30 various troops and supers. A global Lightning Challenge Leaderboard will offer prizes to the top 25 players daily, while daily quests contain unique missions that offer big in-game rewards and powerful upgrades.

Additionally, single-player Trials, emotes, and more than 30 individual unit achievements will keep the fun going, while regular updates and content additions can be expected after the initial launch. Players looking for inspiration on the battlefield can turn to Super Senso’s in-game section of featured videos by top Twitch and YouTube content creators and prominent community members who can lend a hand in showcasing the best strategies, tips and tricks.

“Upon meeting the team at TURBO and checking out an early build of Super Senso, we immediately knew they were onto something that mobile gamers want and the marketplace lacks,” states Jun Iwasaki, President and CEO, GOEA. “We’ve come a long way together to create a turn-based strategy game that plays well competitively and on-the-go, while being pure fun. The launch is only the beginning, and we look forward to seeing SENSO commanders battle it out.”

Stay updated on all Super Senso news, gameplay changes and tips by following the game on:

ABOUT GUNGHO ONLINE ENTERTAINMENT AMERICA
GOEA is a multiplatform publisher dedicated to delivering the best titles, content and support for the online gaming community. Established in 2012 and led by former Square Enix U.S.A. and XSEED Games executive Jun Iwasaki, GOEA is a US subsidiary of GungHo Online Entertainment, Inc. (GOE), an established Japanese publisher. GOEA's content partners include leading developers Grasshopper Manufacture, Game Arts, Acquire, and Gravity, all of which are subsidiaries of GOE. GOEA publishes and distributes network-oriented games for console, handheld, mobile, tablet, and MMO-style games for PC. GOEA is located in El Segundo, CA. For more information, visit www.gunghoonline.com.