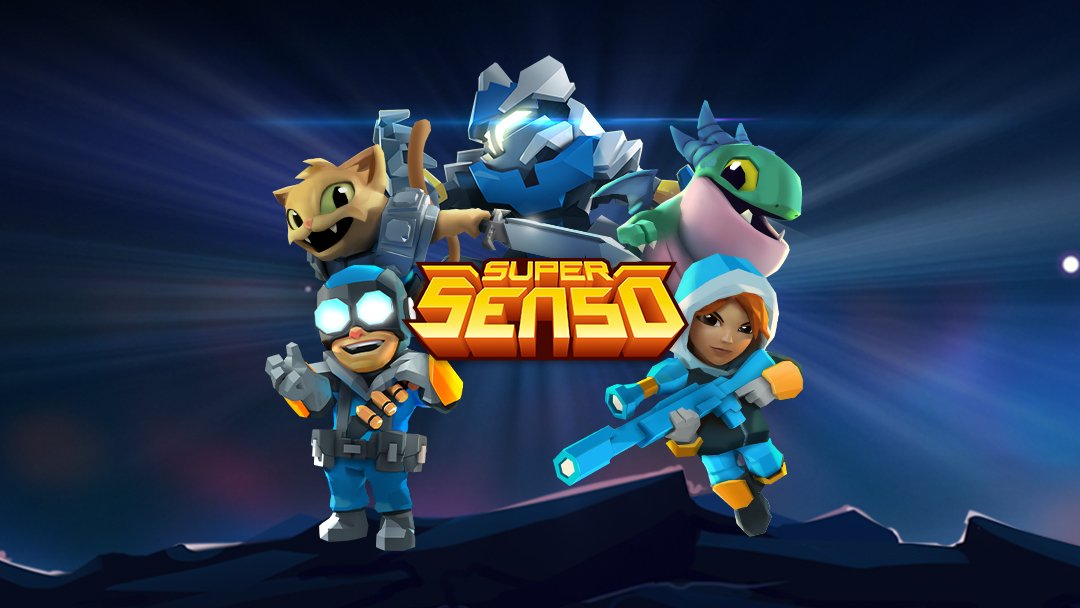 On vivid, polygonal 3D battlefields, each fast-paced PvP match starts with players controlling one SENSO, a powerful and specialized hero critical to determining the outcome of the fight. Players call on additional support troops to sway the tide of battle by building a smash-up army that can include armored tanks, zombies, fighter jets, dinos, and cats, all of which vary in movement ability, attack strength, and defense ratings. Regardless if players choose to deploy multiple armored tanks or an army of cats, one thing is certain - they’ll need to defend their SENSO-Gate base while destroying their enemy’s if they want to claim victory.

"Super Senso was created with the competitive gamer in mind, carving out a unique position for itself in the mobile games space,” said Yohei Ishii, TURBO’s Founder and Chief Executive Officer. “Throughout the development of Super Senso, our team has worked with content creators as well as professional mobile eSports teams to ensure that our game appeals to both experienced strategy tactics fans as well as players looking to get into the burgeoning genre.”

As a testament to TURBO Studios’ continued support of its growing community as well as interest in helping new Super Senso players to learn additional tactics and strategies, Super Senso features videos and live-streamed broadcasts from content creator partners in-game. Support from the community will help new players become acclimated to the wealth of content contained inside Super Senso - with seven unique maps in rotation, nine SENSOs and a mix of 30 various troops and super powers available at launch, players have the freedom to experiment and determine their own unique gameplay strategy. With single-player trials, emotes, and more than 30 individual unit achievements to explore and unlock, Super Senso offers players an engaging and rewarding strategy experience.

Stay updated on all Super Senso news, gameplay changes and tips by following the game on:

ABOUT GUNGHO ONLINE ENTERTAINMENT AMERICA
GOEA is a multiplatform publisher dedicated to delivering the best titles, content and support for the online gaming community. Established in 2012 and led by former Square Enix U.S.A. and XSEED Games executive Jun Iwasaki, GOEA is a US subsidiary of GungHo Online Entertainment, Inc. (GOE), an established Japanese publisher. GOEA's content partners include leading developers Grasshopper Manufacture, Game Arts, Acquire, and Gravity, all of which are subsidiaries of GOE. GOEA publishes and distributes network-oriented games for console, handheld, mobile, tablet, and MMO-style games for PC. GOEA is located in El Segundo, CA. For more information, visit www.gunghoonline.com.