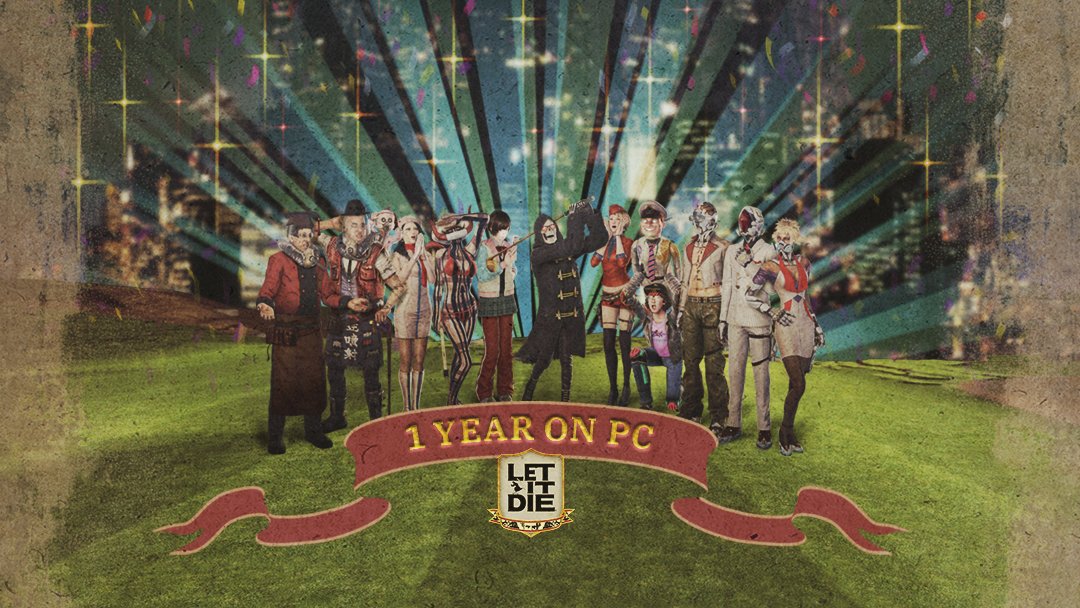 EL SEGUNDO, Calif. -- November 27, 2017 -- LET IT DIE, the critically-acclaimed free-to-play chaotic PlayStation®4 (PS4™) sensation from GungHo Online Entertainment America and Grasshopper Manufacture, is throwing a spectacular celebration for its one year anniversary. A major collab with World of Tanks from Wargaming will take place on Thursday, Nov. 30, 2017 through Thursday, Jan. 11, 2018.

The World of Tanks collab includes ten premium Skill Decals that may drastically affect various skills and items, which will be a treat to veterans and new players alike. The decals include:

Along with the decals, unique collab armor is available for purchase from the PlayStation Store, which is based off the widely popular T-34/76 tank found in World of Tanks.

Additionally, special decorations will be available for the waiting room along with limited theme quests and unique equipment for players that take on WARDOGS in the Tower of Barbs. As a treat for the 1-year anniversary, players that log in between Dec. 21, 2017 – Jan. 11, 2018 can expect to receive limited-edition pair of Uncle Death's Space FunGlasses. The shades increase defense and stamina for all those wearing them.

LET IT DIE has passed three million downloads in North America, Europe, and Japan. LET IT DIE is available for download from the PlayStation Store.

ABOUT LET IT DIE
From Grasshopper Manufacture, the creative minds behind Lollipop Chainsaw and No More Heroes comes LET IT DIE! Die to survive in this free-to-play hack and slash survival action game. Set in a post-apocalyptic Japan, players start with little more than their undergarments and must forage for powerful weapons and armor to do battle with the over-the-top ultraviolent future that waits. LET IT DIE is a PlayStation®4 exclusive title available now and has been downloaded over three million times.

ABOUT WARGAMING
Wargaming is an award-winning online game developer and publisher and one of the leaders in the free-to-play MMO market. Founded as a privately held company in 1998, Wargaming has shipped over 15 titles. Currently, Wargaming is focused on its team-based MMO war series dedicated to the mid-20th century warfare that includes the armored World of Tanks, the flight combat World of Warplanes, and the naval World of Warships. The three intertwined titles form a common gaming universe integrated within the portal www.wargaming.net.