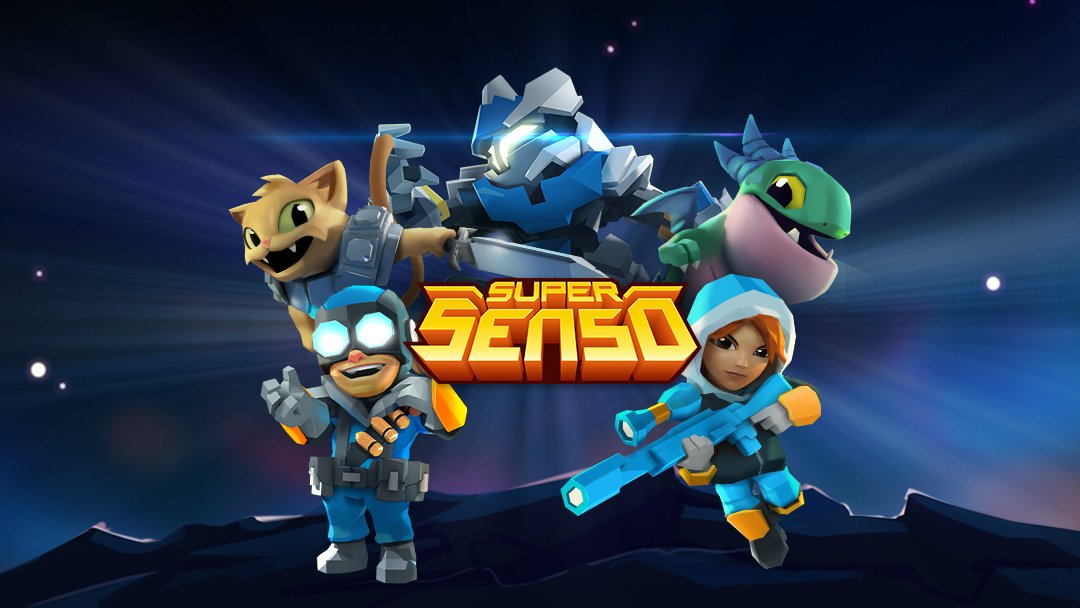 North American Super Senso players will soon be able to play brand new Wargaming units exclusively and those hungry for some collaborative crossover can already catch a glimpse of Shovel Knight himself as an Easter Egg in the Meowdieval Mayhem map. The IP partnership news comes at an exciting time for Super Senso with the European launch confirmed for January 24, which will introduce a flurry of major updates and new features. Following Super Senso’s continued success in the US, the EU launch will mark an enormous growth in player base as it brings Super Senso’s competitive combat to a brand-new audience.

"We're thrilled to be partnering with such iconic brands to bring their larger than life characters into the Super Senso universe.  As huge fans of these beloved properties, we can't wait to unleash this smash up of popular IPs to our community.” said Yohei Ishii, TURBO Studio’s Founder and Chief Executive Officer.

TURBO Studios looks to craft core gaming experiences for the touch generation who are interested in games that offer strategic depth. TURBO enlisted the support of leading esports organisations including TSM and Hollywood Hammers to push the envelope further via innovative multiplayer game design to make Super Senso the fast-paced, competitive mobile experience it is today.

Super Senso plays out across vivid, polygonal 3D battlefields and each match starts with players controlling one SENSO, a powerful and specialized hero critical to determining the outcome of the fight. Players call on additional support troops to sway the tide of battle by building a smash-up army that can include armored tanks, zombies, fighter jets, dinos, and cats. All units vary in movement ability, attack strength, and defense ratings, allowing players to build the ultimate combination in the fight to destroy the enemy SENSO-Gate.

“There’s been a real shift in the mobile gaming market in recent years, there’s a hunger for experiences that aren’t just addictive and instantly accessible, but also challenging and

Super Senso is currently available in the US via App Store and Google Play for smartphone and tablet.

The latest assets for Super Senso, including a screenshot of Shovel Knight in action can be found here.

ABOUT GUNGHO ONLINE ENTERTAINMENT AMERICA
GOEA is a multiplatform publisher dedicated to delivering the best titles, content and support for the online gaming community. Established in 2012 and led by former Square Enix U.S.A. and XSEED Games executive Jun Iwasaki, GOEA is the US division of GungHo Online Entertainment, Inc. (GOE), an established Japanese publisher. GOEA’s content partners include leading developers Grasshopper Manufacture, Game Arts, Acquire, and Gravity, all of which are subsidiaries of GOE. GOEA publishes and distributes network-oriented games for console, handheld, mobile, tablet, and MMO-style games for PC. GOEA is located in El Segundo, CA. For more information, visit www.gunghoonline.com.

ABOUT DARK HORSE
For more than thirty years, Dark Horse Comics has proven to be a solid example of how integrity and innovation can help broaden a unique storytelling medium and establish a small, homegrown company as an industry giant. Founded in 1986 by Mike Richardson, the company is known for the progressive and creator-friendly atmosphere it provides for writers and artists. In addition to publishing comics from top talent, such as Eric Powell, Mike Mignola, Geof Darrow, Brian Wood, Gail Simone, Stan Sakai, and Guillermo del Toro, and comics legends, such as Will Eisner, Milo Manara, Kazuo Koike, Neil Gaiman, and Frank Miller, Dark Horse has developed its own successful properties, such as The Mask, Ghost, X, and Barb Wire. Its successful line of comics, manga, and products based on popular properties includes Dragon Age, Buffy the Vampire Slayer, Aliens, Conan, Tomb Raider, The Legend of Zelda, Halo, The Witcher, Game of Thrones, and Avatar: The Last Airbender. Today, Dark Horse Comics is the largest independent comic book publisher in the US and is recognized as one of the world’s leading entertainment publishers.