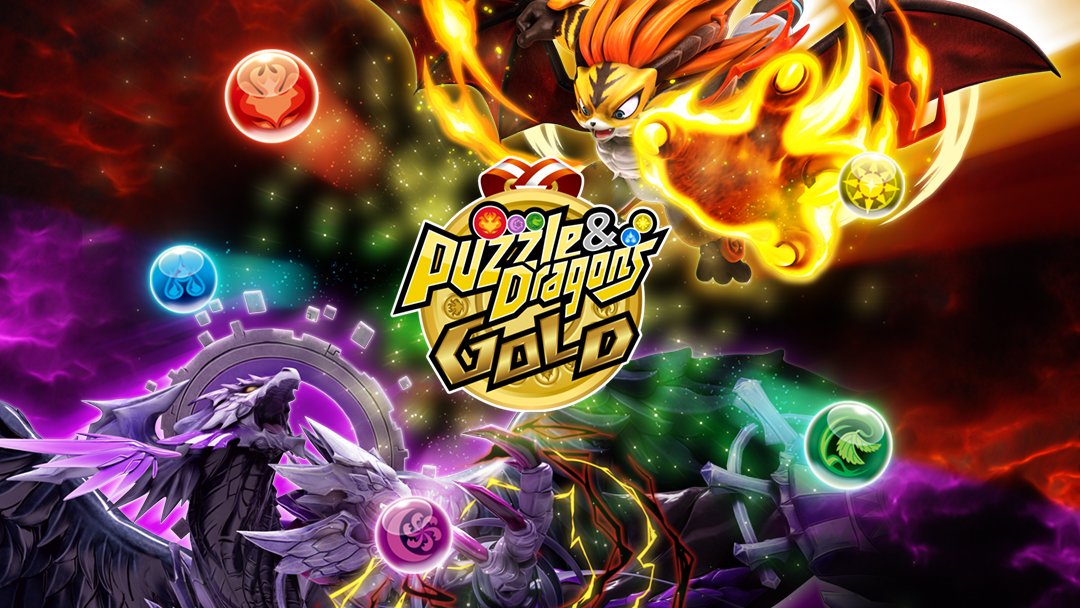 EL SEGUNDO, Calif. – Dec. 13, 2019 - Get ready for an extreme challenge! Today, GungHo Online Entertainment (GOE) announced that Puzzle & Dragons GOLD is coming to Nintendo Switch on January 15, 2020 in North America. For the first time on Switch, players will be able to compete in player-vs-player (PvP) modes and experience a story mode based on the Puzzle & Dragons anime.

The brand new PvP mode will offer players a way to test their Puzzle & Dragons skills against their friends and players all over the world. After selecting their Monster Skills in the initial Skill Phase, they will move on to the Puzzle Phase to deal as much damage to their opponents as possible. Players will alternate between the two phases for eight turns, and whoever has dealt the most damage wins the duel. Players should start theory crafting their teams now (or use any of the pre-built teams), as they’ll need all the strategic help they can get!

There will also be an engaging story mode, in which players will follow the events of the Puzzle & Dragons anime. Players can choose between the stories of protagonist Taiga or Ryuji and make their way through the Puzzle & Dragons Champions Cup, facing off with favorite characters along the way.

Puzzle & Dragons GOLD will be available as a digital download on the Nintendo eShop on January 15, 2020 for $14.99. Find assets here.

Puzzle & Dragons is a mobile gaming phenomenon that continues to see tremendous growth, featuring an addictive combination of puzzle, dungeon-crawling, and monster-collecting gameplay. In the game, players capture, collect and evolve thousands of elemental monsters while incorporating quick thinking to chain combos and maximize the abilities and skills of their monsters. To date, Puzzle & Dragons has surpassed 80 million downloads worldwide and can be downloaded from the App Store, Google Play, and Amazon Appstore.