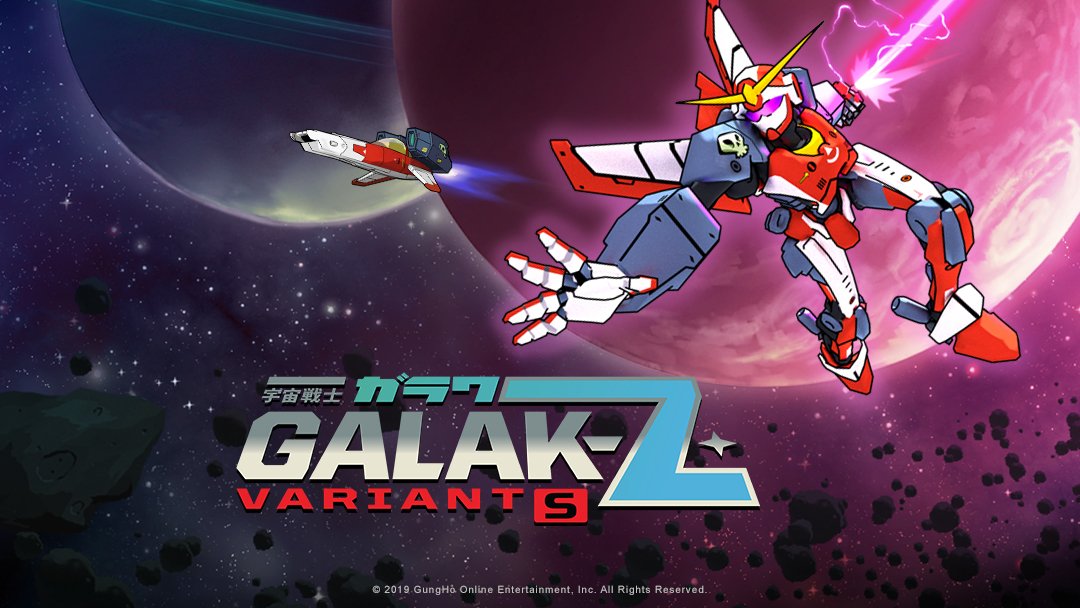 EL SEGUNDO, Calif. – June 11, 2018 –GungHo Online Entertainment America (GOEA) has announced that 17-BIT’s space-shooter adventure game GALAK-Z: Variant S will be available for a hands-on demo at next month’s Electronic Entertainment Expo (E3). Between Tuesday, June 12 and Thursday, June 14 at booth #4800, GOEA will offer E3 attendees the opportunity to experience GALAK-Z: Variant S on the Nintendo Switch on the show floor. The galactic space adventure will be available for the Nintendo Switch on June 28 for $9.99 USD, which comes packaged with more than $25 USD in value of in-game currency. GALAK-Z: Variant S will include in-game purchases.

In GALAK-Z: Variant S, players trek across the universe as A-Tak, the last surviving human pilot, who is fighting to take the universe back from the evil Baron’s Imperial forces. Using a sleek and agile spaceship or an advanced sword-wielding Mech, players can combat the galaxy’s most heinous Imperial fighters, pirate raiders, and space bugs through a colorful and engaging story campaign with more than a hundred replayable missions.

“Bringing GALAK-Z: Variant S to the Nintendo Switch was a move we made for the players. The Switch caters to a wide and engaging audience with a deep love for games,” said Jake Kazdal, CEO and founder of 17-BIT. “We’re bringing new changes and making the most of the Switch’s portability and clever design.”