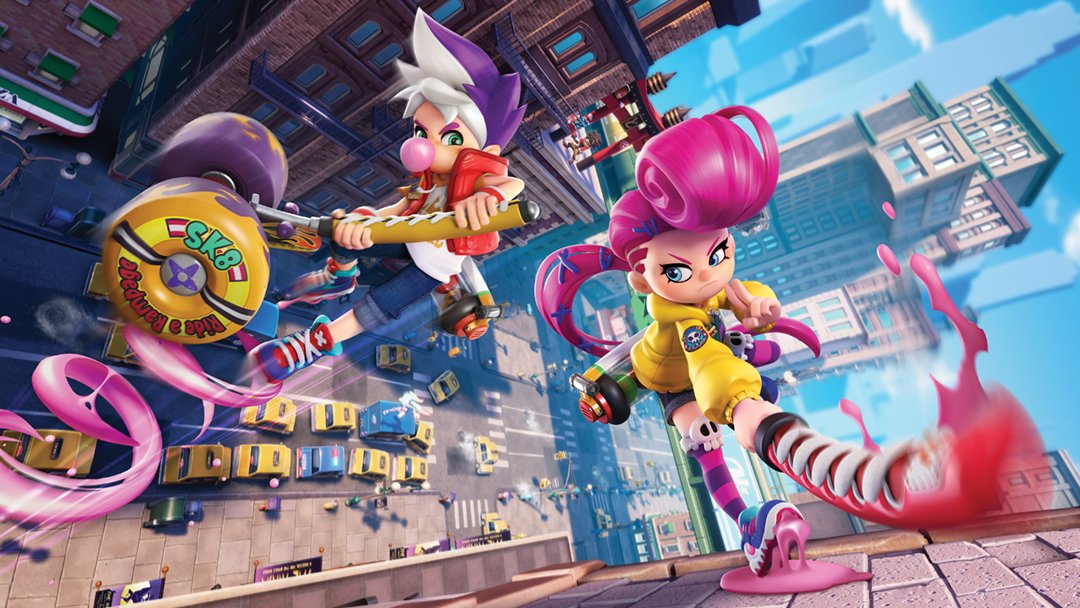 TOKYO – June 12, 2018 – GungHo Online Entertainment (GOE) has revealed its next AAA gaming blockbuster experience for the Nintendo Switch with Ninjala, an online and local multiplayer game full of ninja gum action with a wicked cartoonish style, unique and crafty weapon system, and refined parkour mechanics. The game is scheduled for a spring 2019 release. Starting today, Tuesday, June 12 through Thursday, June 14 at booth #4800 in West Hall, GungHo Online Entertainment America (GOEA) will offer attendees at the Electronic Entertainment Expo (E3) in Los Angeles the first-ever opportunity to play Ninjala on the Nintendo Switch.

Ninjala is a morphing ninja gum action game that allows players to blow bubble gum to craft weapons and use the unconventional fighting method ninjutsu. Adapting to different landscapes, players must use lightning fast reflexes and super parkour mechanics to combat and counter their opponents. The game brings a new era to the world of ninjas through online battles against other players.

Ninjala is designed by Takeshi Arakawa, former Senior Director and Co-Producer of the Dissidia: Final Fantasy series and Planning Director of The World Ends With You, and Kazuki Morishita, Executive Producer of Puzzle & Dragons and LET IT DIE.

“With Ninjala, we are creating a generation-defying game that implements the portable, flexible mechanics of the Nintendo Switch as well as beautifully designed, vibrant levels to appeal to gamers of all ages,” said Kazuki Morishita. “Players will experience stylish fight sequences, loveable characters, and wholesome player interaction. Ninjala’s multiplayer capabilities and polished mechanics make it a blast for all players that lets them create bubble gum warfare madness.”

Players can take on the game in an 8 Player Battle Royale, a free-for-all ninja conquest. More details of Ninjala will be revealed throughout E3.

More information on Ninjala can be found at the official website: www.ninjalathegame.com.