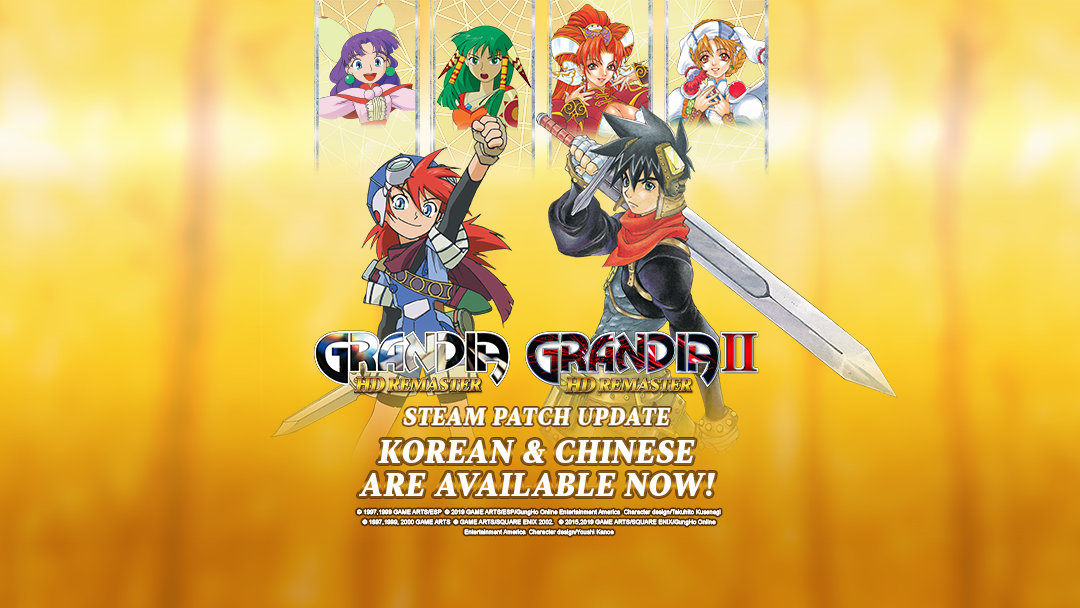 Play GRANDIA in Chinese and Korean!

With the latest patch update, fans can now enjoy the GRANDIA series in Korean and Chinese (Simplified and Traditional) for the first time, bringing the classic title to a wider audience!

Update Details
For both GRANDIA  & GRANDIA II:
- Implemented KR and CH (Simplified and Traditional) localization
- Updated Credits to include the staff involved with the new localization

To commemorate the update, we are giving away T-shirts and Pin Sets to 3 lucky winners.

*Must be 14 or older and must be a resident of the United States of America to participate in the campaign. Upon entering, participants agree to the terms and conditions. Please find our privacy policy here.

Find out more about GRANDIA HD Remaster and GRANDIA II HD Remaster on its official website.