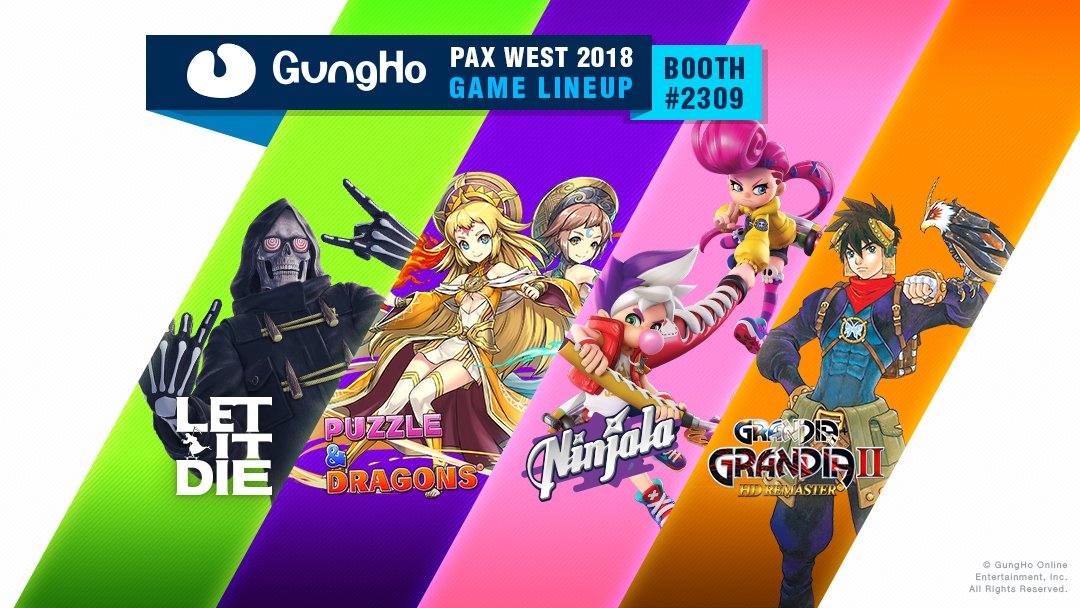 Revealed at this year’s E3, Ninjala brings a bubble gum-blowing Ninja fighter game with cartoonish, colorful design, and parkour mechanics for an all-out multiplayer battle for the Nintendo Switch.

The free-to-play, hack-and-slash video game sensation LET IT DIE will come to PC via Steam this fall by GungHo Online Entertainment (GOE). The action-RPG revelation has more than four million downloads on the PlayStation®4 (PS4™) via the PlayStation Store.

GungHo Online Entertainment America is bringing the critically-acclaimed RPGs Grandia + Grandia II HD Remaster as a combo pack to the Nintendo Switch handheld console later this winter. Grandia HD Remaster will make its way to Steam as well to accompany Grandia II, which fans can already download and play.

Puzzle & Dragons is GOE’s mobile gaming phenomenon and one of the most popular mobile games ever made. The match-3, dungeon-crawling battle game transports fans of all genres through new limited-time collabs and characters. Fans can test their skills at this year’s PAX, as Puzzle & Dragons will be available to play in tournaments to win prizes.

Interviews and booth tours for all titles are available to media by request. Please contact gungho@bhimpact.com to schedule an interview.