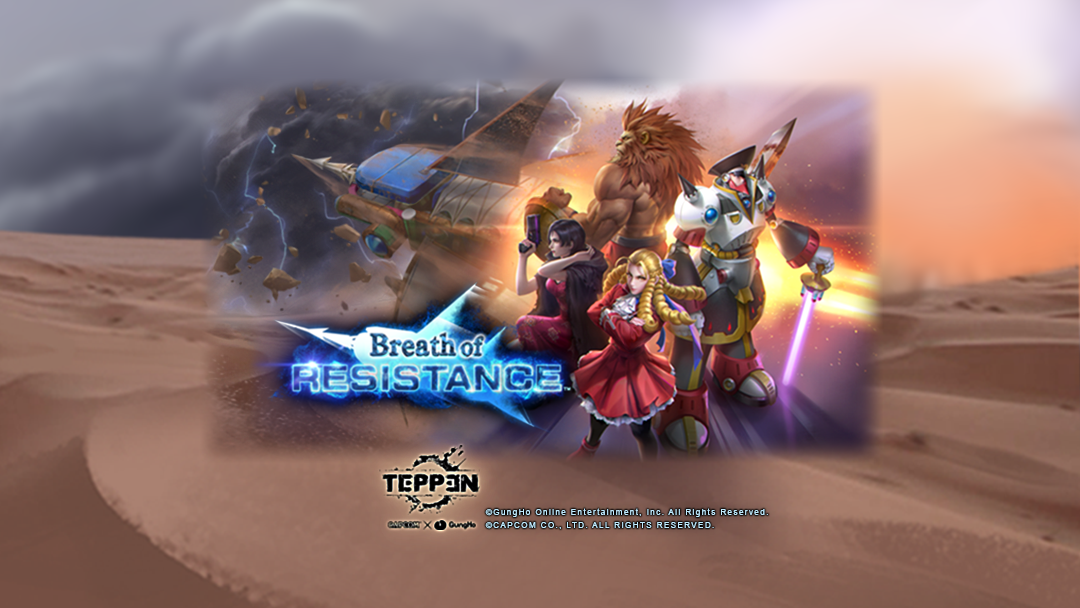 TOKYO, Japan – January 5, 2022 - The War of the Goddess continues with Episode 2 “Breath of Resistance” launching in TEPPEN beginning today! Witness the start of a rebellion against the Goddess Myria’s salvation, featuring beloved characters from Breath of Fire, Street Fighter, Mega Man, and more. Characters from Red Earth also make their TEPPEN debut.

Meet the Opposition
Resident Evil 2’s Ada Wong is ready to bring to light her true agenda and stop the Goddess Myria’s twisted “salvation.” Working behind the scenes, Ada gathered heroes to form a resistance, led by Street Fighter’s Karin Kanzuki. Three Sages—Breath of Fire’s Deis, Red Earth’s Tessa, and Monster Hunter Riders’ Shakuna—inform the group about the location of the Land of Illusion to thwart Myria’s plot. But to get to their destination, they must repair the long-lost legendary flagship Death Rogumer from Mega Man X and brave the Desert of Death.

New Ability
In every successful resistance, teamwork makes the dream work. This card pack will introduce a new ability called <Coordination>. This effect activates only when the designated amount of friendly units or more are on the field. If the number of friendly units are reduced, the effect is removed. Protect your allies to fully utilize this power!

Supplemental Cards for “Breath of Resistance” will be added in February. They are exchangeable cards exclusively available in the Point Match Reward Exchange or Soul Shop, and they cannot be obtained from card packs. Additionally, a new Oichi EX Skin: Sengoku Machine Armor can be found in the Soul Shop in mid-January.

Happy New Year
Take a break from fighting a goddess and celebrate the start of a new year with TEPPEN. Ongoing New Year events bring a variety of BGMs and skins to the Soul Shop:

TEPPEN WORLD CHAMPION SERIES 2022 (WCS2022)
Train your resistance fighters for a series of seven Ranked Matches from April to October 2022, as part of two online tournaments. The 1st-32nd place players in the preliminaries will be invited to participate in the Finals Tournament, with a prize pool of 1,000,000 Yen (~$8.8k USD) per round. A second tournament will also be held for players ranked 33rd-64th, with a prize pool of 100,000 Yen (~$880 USD) per round. Top players will be recognized at the TEPPEN AWARD 2022 broadcast in December.

Rotation
The “The Battle of Amatsu no Kuni” card set rotates out of Standard Mode with the introduction of “Breath of Resistance.” The following card sets are no longer allowed in Standard Mode:

Assets for “Breath of Resistance” can be found here.