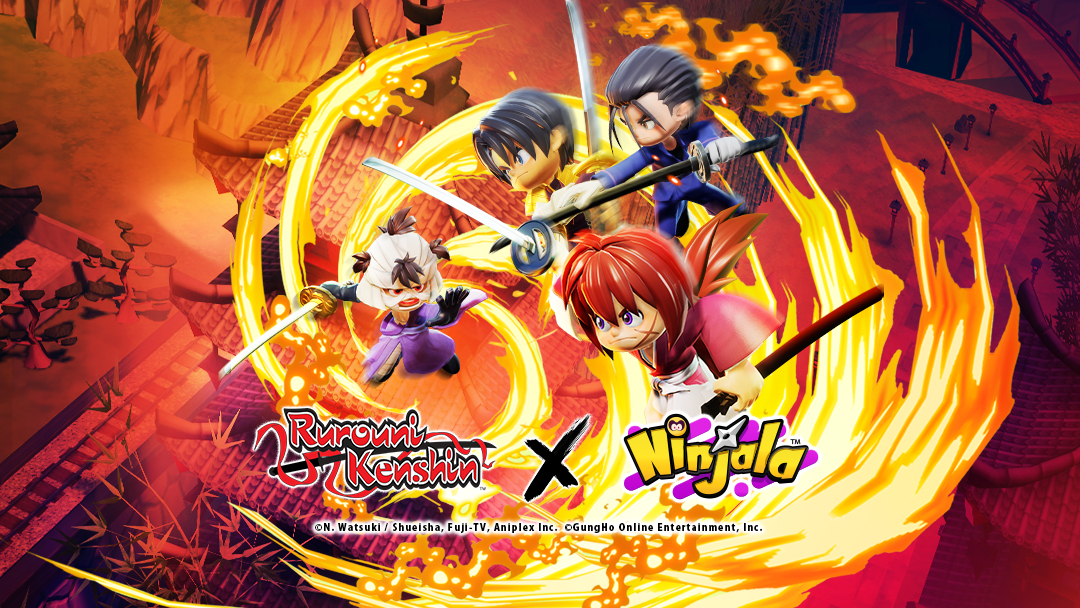 TOKYO, Japan – December 16, 2021 - The wandering samurai from the Rurouni Kenshin Anime has found his way into Ninjala until January 12, bringing along costumes, emotes, Gum Utsusemi, and more straight from the Meiji era. Ninjala is available as a free download on the Nintendo Switch.

Check out the trailer for the Rurouni Kenshin Anime collab here.

Players can join the former legendary assassin on his mission to protect and aid those in need by wielding his reverse blade katana with the Sakabato Bottle for 800 Jala. Show off your sword technique with these Emotes for 500 Jala each:

Deliver the final blow with two IPPON Decorations, only 500 Jala each. If you have 800 Jala to spare for each of these Gum Utsusemi, you can transform into your favorite Rurouni Kenshin swordsmen:

Depending on the number of battles played, players can also receive three Shinobuzz Gums (Shishio), the Rurouni Kenshin・Code sticker, and up to 200 Gacha Coins. Grab your katana and slash your way up these tiers to unlock the rewards: