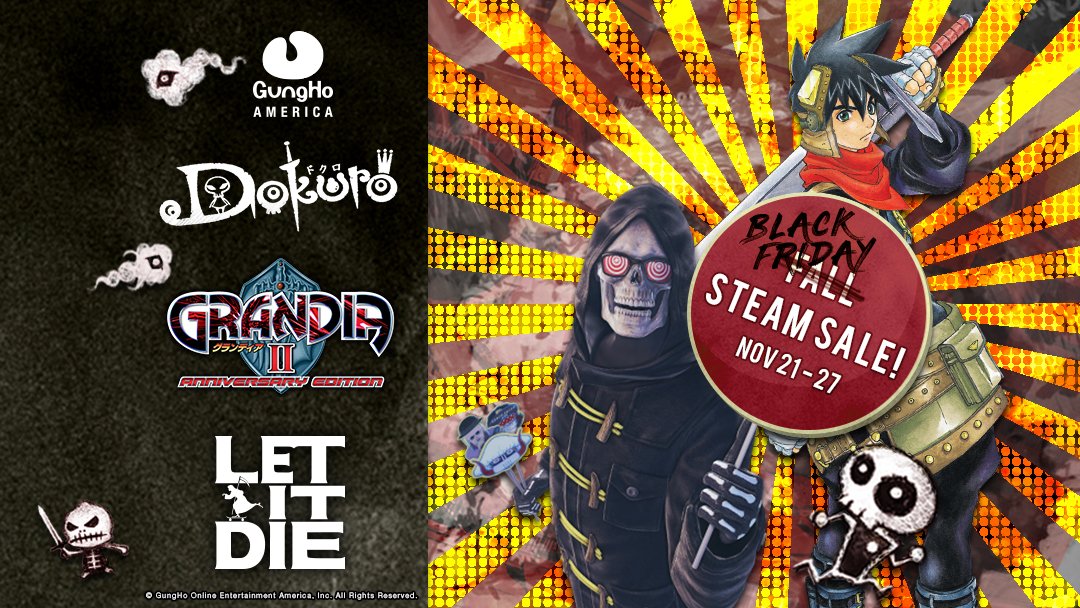 EL SEGUNDO, Calif. – November 21, 2018–GungHo Online Entertainment (GOE) is giving thanks to its players starting today until Nov. 27 with incredible sales on two of its most coveted titles, Dokuro and Grandia II Anniversary Edition. Additionally, downloadable content for the hit hack-and-slash game LET IT DIE will be available from Nov. 15 - Nov. 28 through the Steam Black Friday Sale.