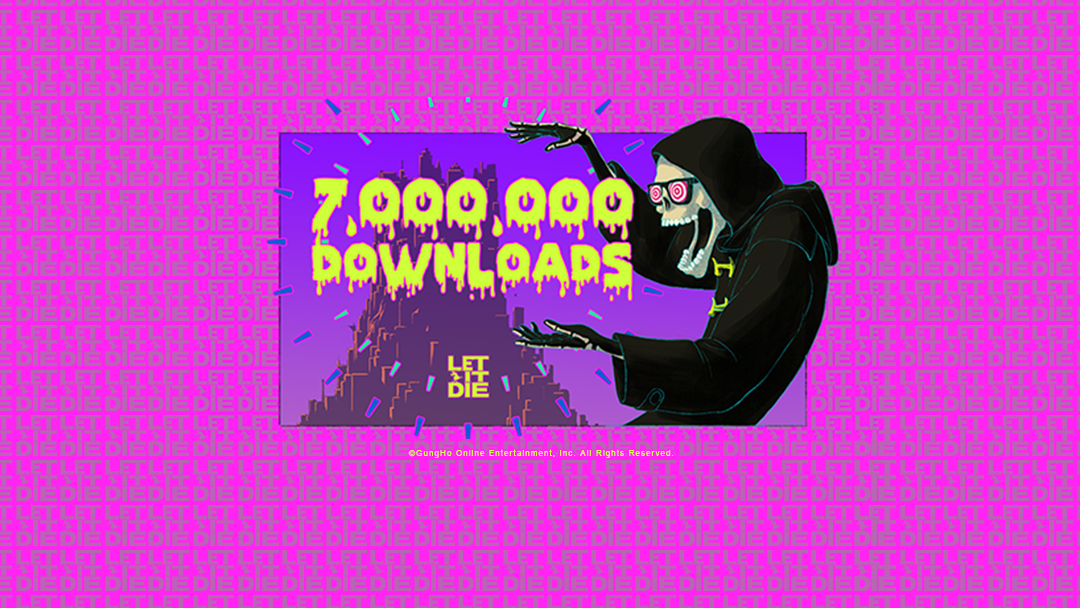 TOKYO, Japan – September 27, 2021 - Publisher GungHo Online Entertainment announced that LET IT DIE has surpassed seven million downloads—just in time for the fifth anniversary in December! Today is the start of a special anniversary event and “senpais” have until October 27 to join Uncle Death for some gore-tastic fun.

7 Million Downloads Anniversary Event
Uncle Death is thrilled that so many players have the guts to challenge the Tower of Barbs! The skateboarding grim reaper is feeling generous and is giving out a welcome login bonus for new players. Newly registered players will receive:

There’s no need to fear death while climbing the Tower of Barbs. Throughout the event, you get three free continues per day to keep on climbing! Plus, there are daily special login bonuses determined by the number of floors each player clears. Bonuses include Kill Coins, Death Metals, SPLithium, 1-day Express Passes, Lost Bags, and more. The cherry on top are the free Dustins in the Tengoku Boss Area.

On the PlayStation Store, players can pick up exclusive DLC and a special pack stuffed with handy items to help them take on the Tower during the event. The DLC for $24.99 provides:

For $9.99, the special anniversary pack contains:

Hater Funding
Haters gonna hate, but the more you defeat during the anniversary event, the more rewards for you and your pals. For every tier cleared, all players will receive the achievements as rewards for the “5th Anniversary Event” beginning November 24. Go out there and make your Uncle D proud!

ABOUT LET IT DIE
From Grasshopper Manufacture and GungHo Online Entertainment comes LET IT DIE! Die to survive in this free-to-play hack and slash survival action game. Set in a post-apocalyptic Japan, players start with little more than their undergarments and must forage for powerful weapons and armor to do battle with the over-the-top ultraviolent future that waits. LET IT DIE has been downloaded over seven million times.