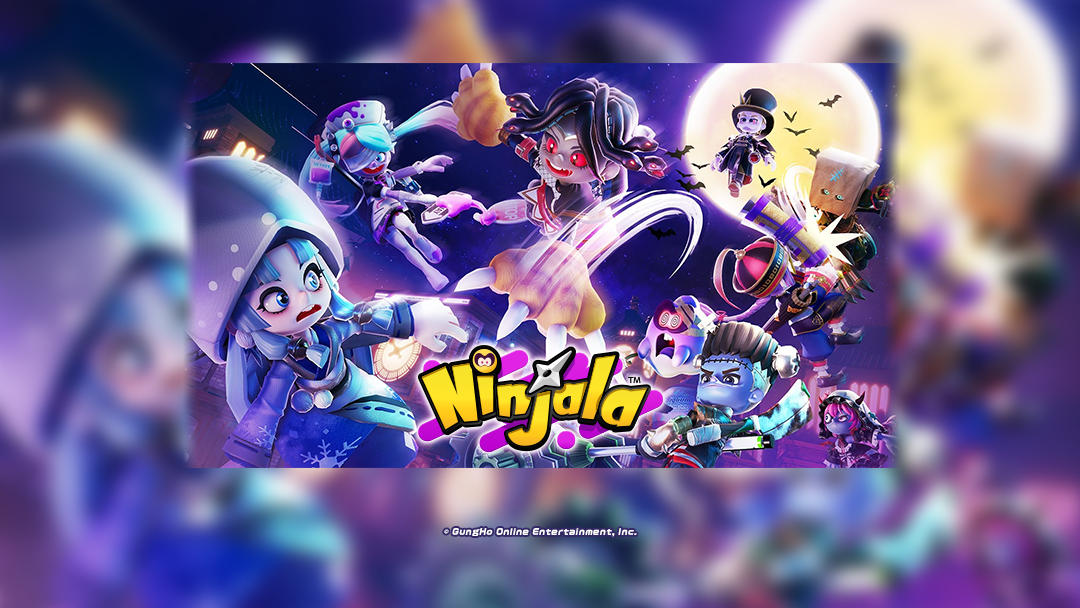 TOKYO, Japan – September 9, 2021 - It’s time to “fright” to be the last one standing as Season 7 of Ninjala begins today! Now through December 1, players can “scare” down the competition in an all-or-nothing Featured Battle with new costumes and weapons fit for a monster. Finally, starting October 6, crank up the tunes and rock out to Ninjala’s collaboration with Hatsune Miku.

Season 7 of Ninjala brings Horror home with its latest theme. It’s no trick—this season is packed with tons of treats:

Featured Battle
Last Ninja Standing is a new Featured Battle in which eight players face off at the WNA (World Ninja Association) Academy to be the king of the campus. If you get knocked out, don’t count on respawning. This Featured Battle will be available twice a month through November, so take every chance you get to be the WNA’s top ninja.

Hatsune Miku Collab
Hatsune Miku is making a stop on her Magical Mirai 2021 tour in Ninjala on October 6 through November 7. She and her friends are ready to battle to the beat with new costumes, BGMs of some of Miku’s greatest hits, emotes of Miku’s iconic dance moves, and more. We hope you’ll tune in! Check out the full breakdown of the collab here.

Other Events
On September 26, players can participate in the one-day Meiji Petit Gum Cup. Challenge your fellow ninjas for a chance to earn special commemorative IPPON Decorations. The GOEMON Matsuri event also returns October 6 with free Jala for all players who log in.

What is Hatsune Miku?
Hatsune Miku is music software developed by Crypton Future Media, INC., and it enables anyone to make the computer sing by entering lyrics and melodies. As a massive number of users created music using the software and posted their works on the Internet, Hatsune Miku quickly evolved into a cultural phenomenon. Moreover, Hatsune Miku has gained much attention as a character, involved in many fields such as merchandising and live performance as a virtual singer. Now her popularity has spread across the globe.