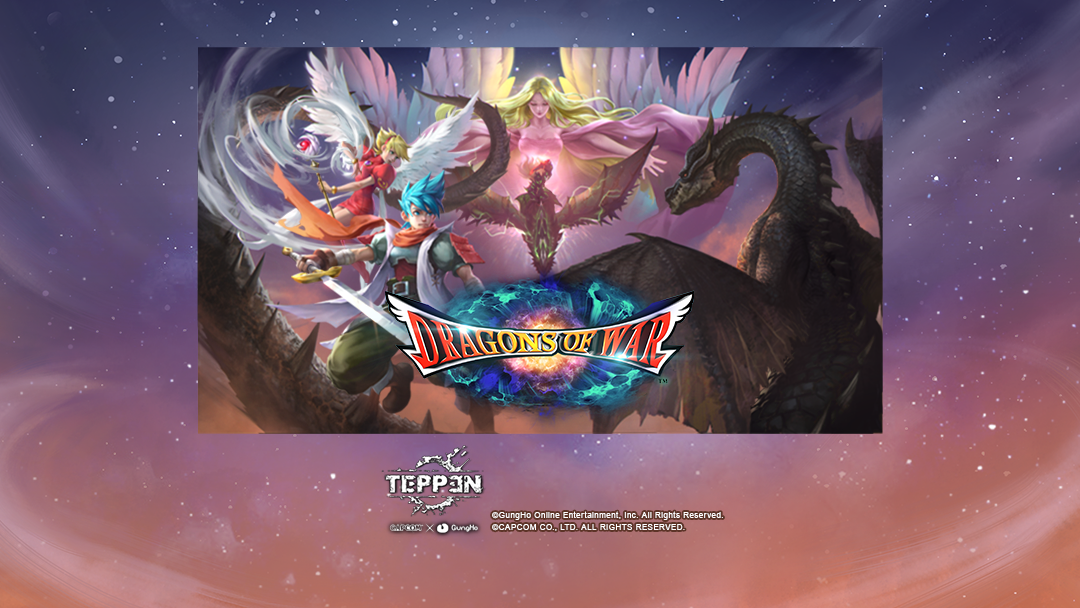 TEPPEN Rides with the Dragons of War in Celebration of 2nd Anniversary!

TOKYO, Japan – July 1, 2021 - Gods and dragons are ready to duke it for TEPPEN’s second anniversary! Characters from the Breath of Fire and Monster Hunter Riders series will join the fray for the hottest birthday bash yet.

Watch the stream detailing “Dragons of War” and the 2nd anniversary here!

Dragons of War
The new “Dragons of War” expansion introduces characters from the Monster Hunter Riders and Breath of Fire series, including Ryu, Nina, Garr, and more! Nina will also appear as a new EX Skin for Jill Valentine, and can be found in special 2nd Anniversary Packs in the Shop. Spice up your strategy with the new ability Quest. When a Unit gains a level, the status will increase, and an effect activates to obtain an Action Card. Clear these conditions to gain the upper hand in battle!

2nd Anniversary
Hot new looks are here! All players will get one free Skin Pack Ticket and are guaranteed one unobtained skin. Dress up for the birthday festivities with these new Hero Skins:

Until August 31, players can obtain 50 Pack Tickets for the 2nd Anniversary. This includes:

Brand new players will get an additional 50 Pack Tickets for a total of 100!

Encourage your friends to take a break from the sun by gifting decks with two “First Time Souls Free” resets. Even players who’ve already sent decks can give decks Soul-free up to two times. There will be two resetting periods, with the first starting today and the second on 8/2.

From today until July 11, only 1,500 souls are needed for gifting decks—half of its original cost! There’s also a special sale discounting the Season Pass from 980 Jewels down to only 10 Jewels! The 2nd ANNIVERSARY Jewel Set 1 will also be available as a limited one-time purchase. This unique set contains:

Be sure to check out the four different types of Anniversary Packs containing Skins & Secret Cards throughout the event!

Now’s the perfect time for new players to join TEPPEN with the New Player Campaign. New players who clear these campaign missions will be rewarded up to 6,000 Jewels. Even veteran players will get the 6,000 Jewels, if their friends added via “Friend Invitation” complete the missions!

New Battle Mode and Rotation
A new Battle Mode will be added to Unlimited in August. Using all Card Sets, players are challenged to collect as many points as they can and aim for higher floors in Point Match. Points can be exchanged for items and new Supplemental Cards, which can’t be obtained with Card Packs. A new Supplemental Card can be exchanged for points each month. Beginning in October, multiple Supplemental Cards will be available in the Soul Shop. Every month will deliver a new experience for TEPPEN players!

A new rotation also starts today, removing the “Haunted by Memories” Card Pack from Standard. Moving forward, every time a new Card Pack is added, the oldest Card Pack will be rotated out. The following Card Packs are unusable in Standard:

Assets for “Dragons of War” can be found here.