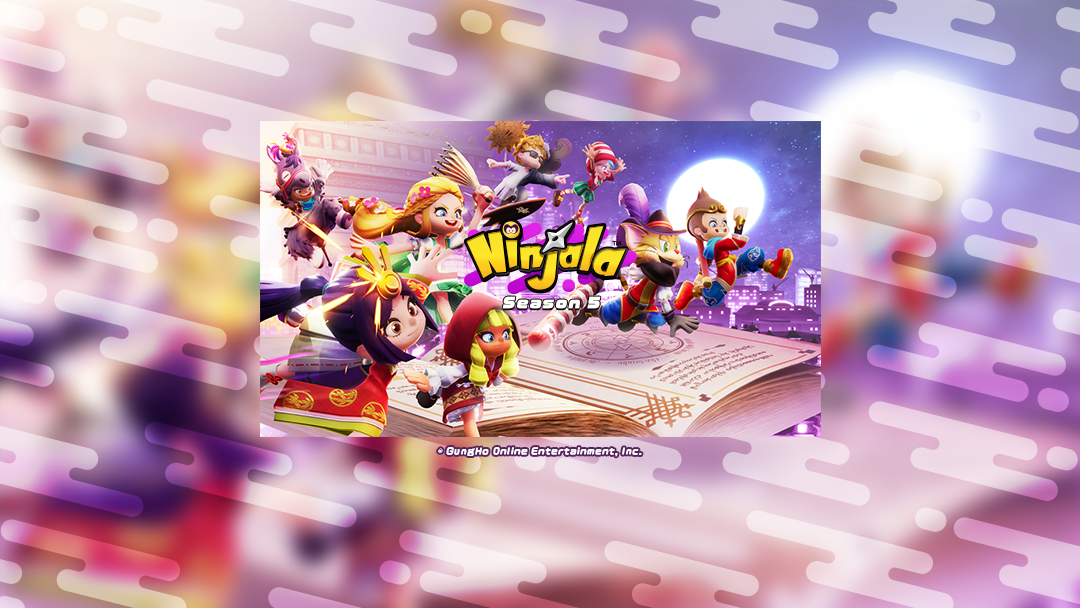 Ninjala Turns the Page to Fairy-Tale Fantasy in Season 5

Hence forth, players can look forward to the following in Season 5:

Additionally, a new card set, Ninjala Collection Card Volume 1+, is now available for pre-order. These cards follow the “Fairy Tales'' theme, with various fairy tale motifs, and can be used to unlock mini-games by scanning them with a Joy-Con controller.

Review codes for Story Pack Chapter 1 and 2 are available upon request. Please email gungho@triplepointpr.com for codes.

Rise up, Ninjas! Morishita-san and Kaneda-san Have a Quest For You in Dev Diary #14

Ninjala is collaborating with Monster Hunter Rise! Starting April 27th, you can don your Kamura armor and practice your Hammer skills in both games!

It's Called TEPPEN, and It's (a Hero) ART (Contest)

Show us your favorite TEPPEN Hero Art by reenacting it!

Spring has sprung in the Tower of Barbs!