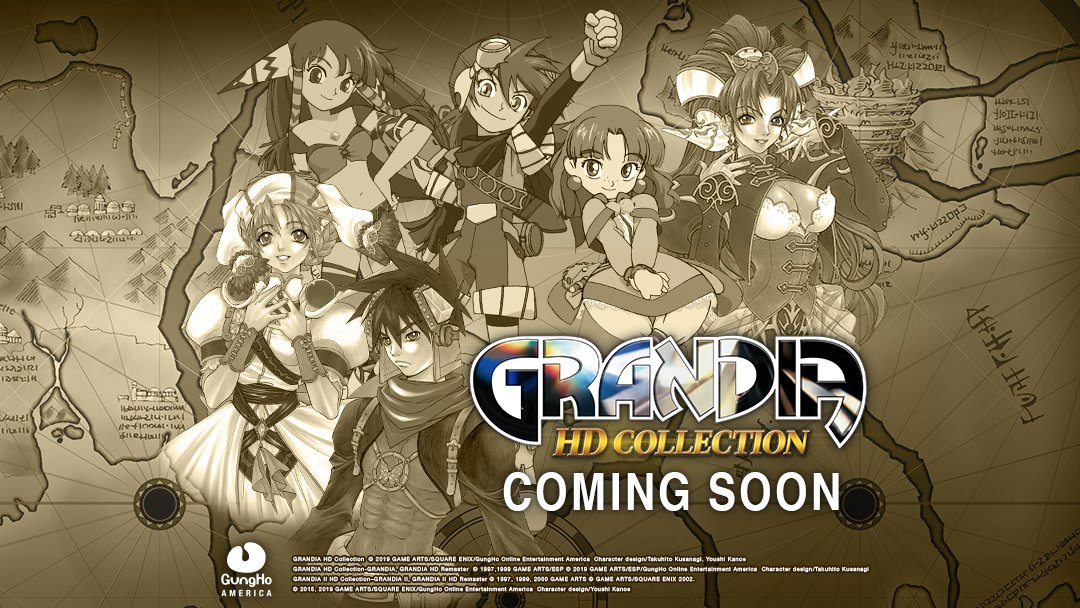 Famous for its great characters, mature storytelling, memorable music, and fantastic battle system, these classic JRPGs are renowned for being ahead of their time. GRANDIA HD Collection brings GRANDIA and GRANDIA II together with enhanced visuals, handheld support for the Nintendo SwitchTM, while GRANDIA HD Remaster and GRANDIA II HD Remaster features those same enhance visuals, as well as keyboard/gamepad support for Steam.

Key Features:
● Real-time, turn-based action - Experience and employ a unique action bar system for real-time fighting with distinct characters
● Magic-based combat - Gather Mana Eggs to learn and use magic-based skills, ranging from elemental attacks to character-enhancing magic for defense and offense statistical boosts
● Illustrious worlds to explore - The vibrant worlds in GRANDIA HD Collection include nostalgic starter cities such as Parm (GRANDIA) and Carbo Village (GRANDIA II) to iconic fields and areas such as The End of the World (GRANDIA) and Valmar's Moon (GRANDIA II)
● Gather Skill Points and ATTACK! - Skill Points or Skill Coins can be used to earn incredibly intense moves that make for an extraordinary fighting experience
● Eclectic Enemy Encounters - The worlds of GRANDIA and GRANDIA II bring forth a plethora of challenging and epic enemies in the wild, as well as main storyline bosses
● Ear-Indulging, Melodious Compositions - Experience world exploration, momentous battles, and legendary in-game experiences in beautiful harmony with musical compositions from acclaimed Japanese composer Noriyuki Iwadare

The GRANDIA HD Collection will be shown to select press at E3 2019, giving the world the latest look at the highly-anticipated remaster of the pair of RPG classics. Please contact gungho@bhimpact.com to schedule an interview.

ABOUT GRANDIA
Originally designed and created by developer Game Arts, creators of such classics as the Lunar and GRANDIA series, GRANDIA was met with wide critical acclaim when released for the SEGA Saturn in 1997 and PlayStation® in 1999. GRANDIA received numerous awards including GameSpot Editor’s Choice, IGN Editor’s Choice Award and an Award for Excellence from CESA AWARDS ’97, currently known as “Japan Game Awards.” Telling the story of protagonist Justin and his companions in a race against the evil Garlyle Forces to uncover the long-lost secrets of an ancient civilization. GRANDIA became an instant classic and is now considered one of the most influential RPGs of all time. GRANDIA HD Collection will be available on Nintendo SwitchTM, with GRANDIA HD Remaster forSteam to follow.