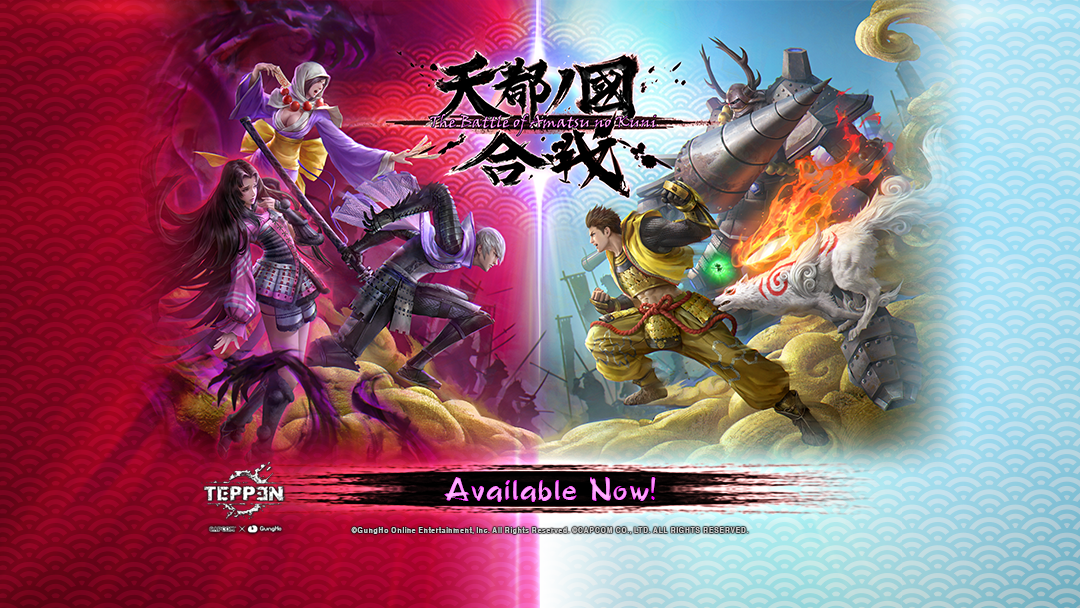 Watch the “Battle of Amatsu No Kuni” trailer here.

New Cards, New Hero!
Sengoku BASARA brings cards for Light Army commander Tokugawa Ieyasu and Dark Army commander Ishida Mitsunari. The expansion also introduces the IP’s first Hero, Oichi. This tragic widow has suppressed her anguish and wanders through Amatsu no Kuni, when she is beckoned by a false priestess. Under the priestess’ powerful influence, Oichi becomes a demon queen and surrenders to the abyss, joining the battle as a new ‘Black’ Element Hero. She comes equipped with three Hero Arts born from anguish.

“The Battle of Amatsu no Kuni” picks up after Amaterasu’s battle with Oda Nobunaga. Nobunaga’s sister, Oichi, grieves the loss of her husband and falls into the shadows of the void.

The Light Army and Dark Army prepares to face each other in an epic clash! The Dark Army’s commander Ishida Mitsunari becomes consumed with avenging his fallen master and accepts dark power from the priestess. The demon queen joins their forces to attack the Light Army, and their strategist crafts a plan to turn the battlefield into a wasteland.

The Light Army’s strongest generals dispel the shadows of evil, and the reclusive queen risks her life to shed light on the truth—that the false priestess is actually the nine-tailed fox, a demon lord who feared no gods. Now, these two armies shall clash, as their souls hang in the balance!