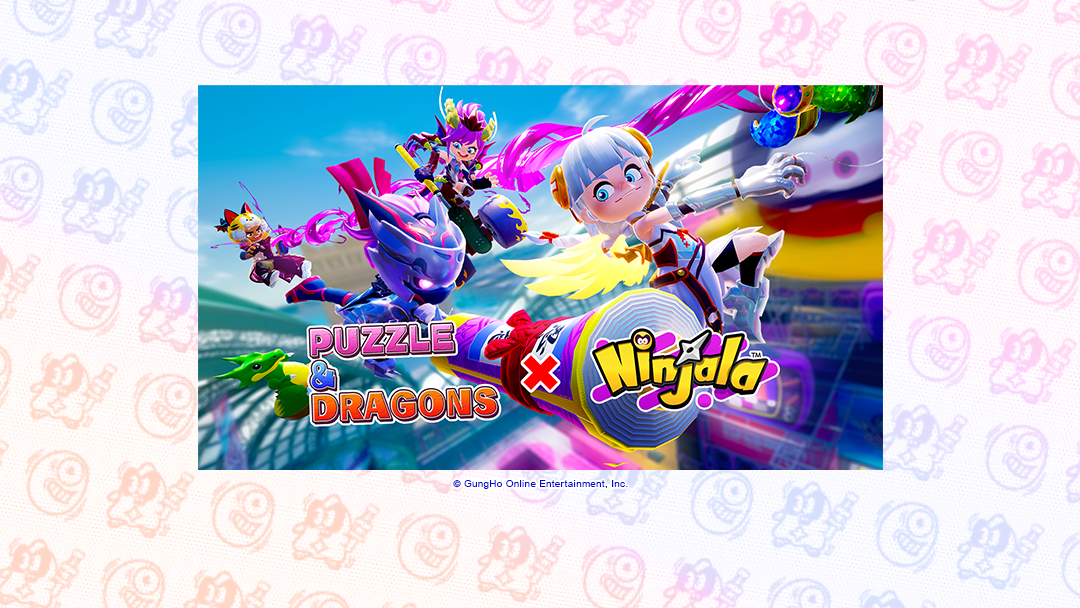 For the collaboration, new items will be available in the Specialty Shop.

To celebrate the collaboration, Puzzle & Dragons GOLD will be available on sale for 66 percent off in the Nintendo eShop.

GOE also announced Season 4 in a recent Dev Diary. The new season is packed with content and will begin on January 7, 2021 and last until March 24, 2021.

The next chapter of the Ninjala cartoon anime is also around the corner, highlighting everyone’s favorite dancing, crime-fighting superstar Emma!

GOE is also partnering with Bandai to release Ninjala Collection Card Vol. 1, collectable cards each depicting a Ninjala character and a Gum Weapon in the United States, France, Spain, Japan, and all throughout Asia. Scanning a Collection code on the back of the cards triggers a minigame, and players can earn tier points and exclusive in-game rewards from playing it. Are you ready to collect them all?