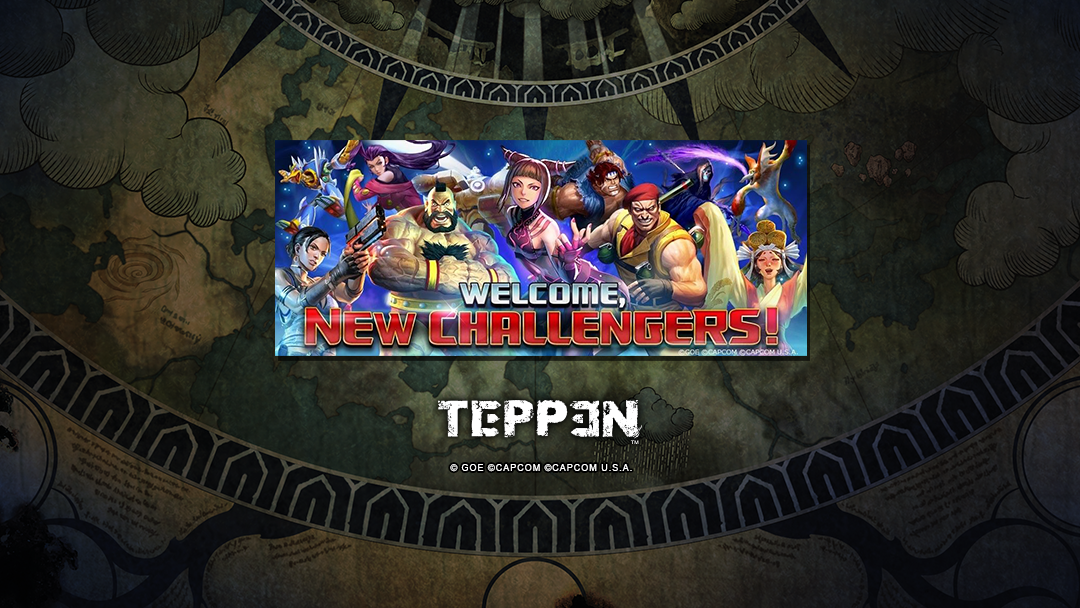 The following countries can now start putting together decks from their favorite series like Street Fighter or Devil May Cry with Heroes like Akuma, aka the Raging Demon, or the Devil Hunter himself, Dante.

To celebrate the launch, login bonuses will reward all players with free Zenny, Souls, one “The Tale of Amatsu no Kuni” Pack Ticket, and an Epic “Ryu (TFS 012)” Card. Players can also earn rewards through Special Missions that reward Zenny and an Epic Secret “Huitzil (TFS 039)” Card.

For new users, there will be limited-time rewards to help power up and get involved in the TEPPEN community. All new players across the globe will receive 30 “Adventures of a Tiny Hero” Pack Tickets and 20 “CORE” Pack Tickets. Additionally, adding a friend in-game will give players two “The Tale of Amatsu no Kuni” Pack Tickets.

Looking for a new challenge? Version 2.8 adds the Quest Board - a 3x3 grid with quests in each space (9 in total). Players who complete them will earn rewards and unlock features like Ranked Matches and Free Matches, and players who unlocked those features prior to the update will retain them.

There’s only one way to Rise to the Top – playing TEPPEN! TEPPEN is the Ultimate Card Battle game where units you command operate in real time, featuring dynamic action with over-the-top attacks blowing up your screen. With astonishing graphics and a cutting-edge battle system, TEPPEN is the card game to end all other card games! Command popular Heroes (characters) from Monster Hunter, Devil May Cry, Street Fighter, Resident Evil, and other series in All-Star action from Capcom's finest!

Capcom, the Capcom logo, Ace Attorney, Devil May Cry, Mega Man, Monster Hunter, Resident Evil, Okami, and Sengoku Basara are trademarks of Capcom Co., Ltd., in the U.S. or other countries. Street Fighter is a trademark of Capcom U.S.A., Inc.