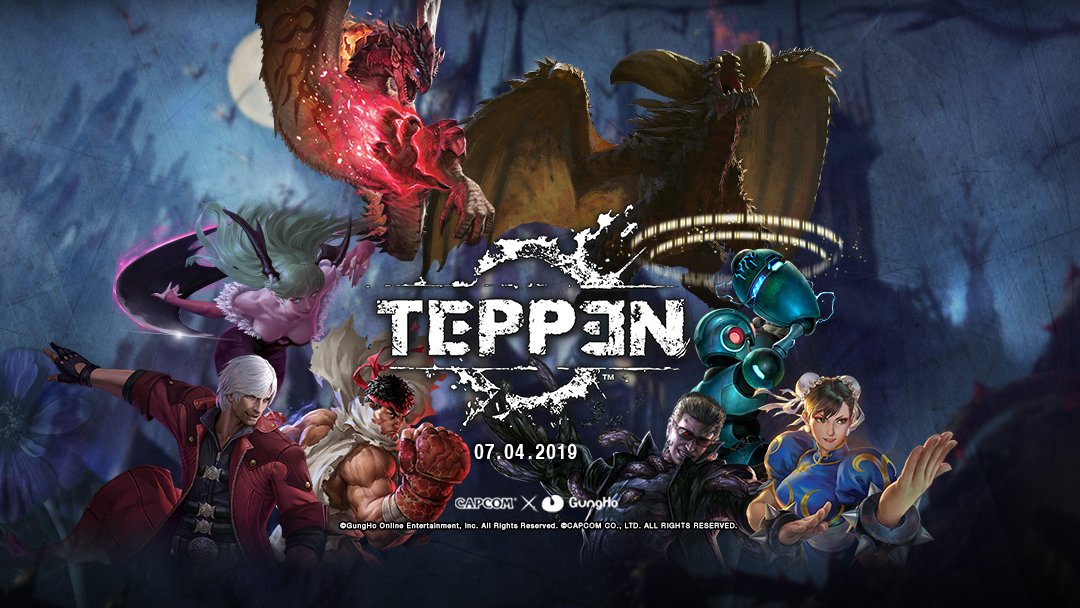 Choose Your Fighter in TEPPEN, the Ultimate Card Battle Game from GungHo & Capcom

EL SEGUNDO, Calif. - July 5, 2019 - Hadoken! Enter the blazing gates of battle card fury in TEPPEN, the ultimate card battle game for mobile from the joint development team of GungHo Online Entertainment (GOE) and Capcom, which released on July 4, 2019. By pitting the most famous Capcom characters against each other in fast-paced five-minute rounds, players must be quick to take sides of their favorite series’ characters and enter all-out brawling madness!

Each of the initial eight all-star heroes has received brand new, lovingly drawn character art. Through each of their original stories, the TEPPEN heroes will show off their powers and special moves in bombastic five-minute battles. One of the game’s most unique aspects is its Active Response system. By using an Action card, players can change the dynamics of a match from a real-time battle to a strategic turn-based experience. Each battle will give players the opportunity to take advantage of the intuitive controls and incredible strategic depth to strike down their opponents.

And don’t think the duo of GOE and Capcom will stop with just eight characters! More iconic heroes will be added over time!

TEPPEN released on July 4, 2019 on the North American and European App Store and Google Play Store, with language support for English, French, Spanish, German, Italian. For more information, head over to teppenthegame.com.