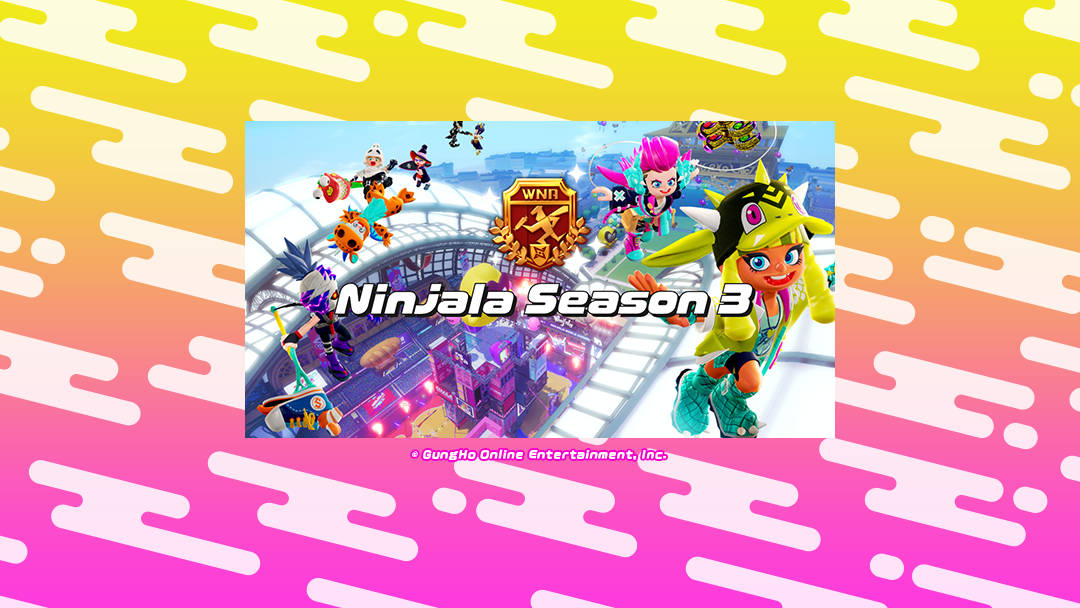 TOKYO, Japan – October 29, 2020 – GungHo Online Entertainment (GOE) today launched Season 3 of their hit bubblegum brawler, Ninjala. This third season brings a host of new content, including a new French-themed arena, two new weapon types, Story Mode Chapter 2, and a pair of limited-time collaborations. Players who login everyday starting today and until November 5, can get up to a total of 1,100 Jala as daily login bonuses. Additionally, players will also receive 100 Jala to celebrate the five million download milestone, which was reached on October 25.

Kicking off Season 3 is a collaborative event with Kyary Pamyu Pamyu’s hit song “Ninja Re Bang Bang Steve Aoki Remix.” From October 28 through November 25, players will be able to purchase the BGM remix to play during battle, Kyary’s ninja outfit from her original music video, and a themed dance emote from the Specialty Shop.

In addition to the collab, Ninjala fans will be treated to a bunch of new content in Season 3:

Along with the free content, Story Mode Chapter 2 will be available for purchase for USD $9.99. This second chapter follows Berecca and her quest to uncover the truth behind her father’s death. Players who complete the latest story mode chapter will earn special items for their Avatar, and additional items can be unlocked by players who achieve a Gold Rank on each section of the story. Additionally, to commemorate the launch of Season 3, Story Mode Chapter 1 will be on sale at a special price of USD $0.99 until November 3.