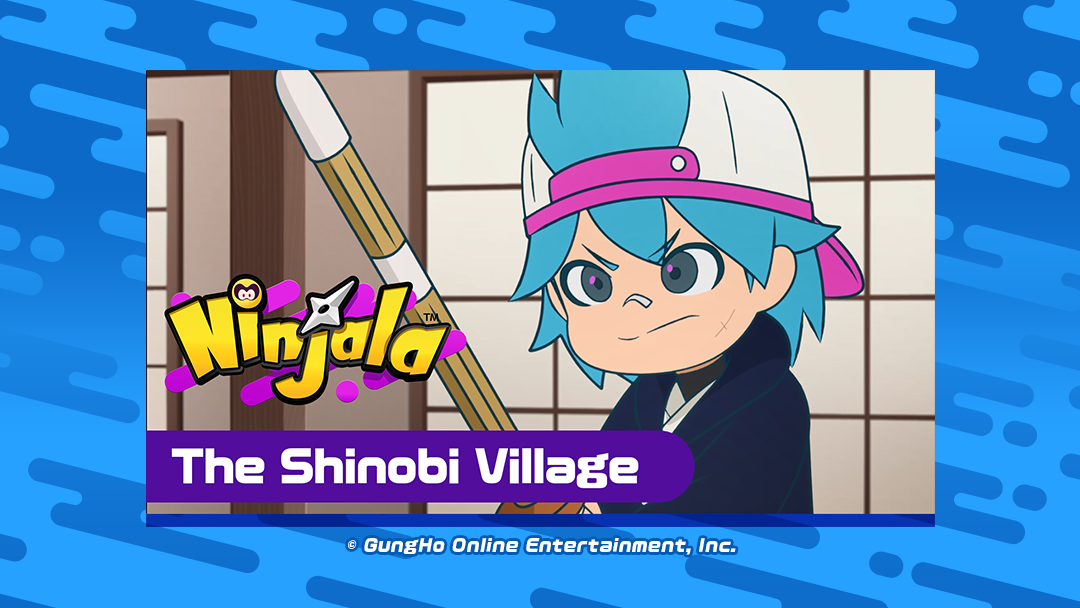 Episode #4 of the Ninjala Cartoon Anime series has arrived and in this installment, we learn more about the young swordsman Kappei and his family’s connection to Gumchi, the mysterious gum-like alien creature!

Hailing from Iga -- a quiet village popular among tourists for being the historic birthplace of the ninja -- Kappei is a young boy who studies kendo under the tutelage of his grandfather, Genunsai. One day, a group of masked assassins arrives at the home shared by Kappei and Genunsai and demands they hand over Gumchi, an alien creature whom their family has protected for generations.

In the ensuing battle, Kappei and his grandfather must fight together to defeat their attackers and safeguard Gumchi. Will their power be enough to defeat these ninjutsu-wielding assassins? Find out now in Ninjala Cartoon Anime Episode 4: The Shinobi Village!

The Ninjala Cartoon Anime is a continuing series that reveals the backstories of the game’s major characters. In Episode #3, “A Beautiful Intruder”, Jane, the talented computer hacker, is drawn into a dark conspiracy after she attempts to access top-secret research data regarding the development of Ninja-Gum.

Episode #2, “A Secret Eye”, focuses on Lucy, a young girl who is shunned by her peers when she inadvertently discovers her latent ninja powers and finds she has difficulty controlling them.

The very first episode of the Ninjala Cartoon anime follows Van, an energetic and athletically gifted youngster who discovers his ninja heritage after his father is attacked by ninjas and has his home set ablaze!

More episodes of the Ninjala Cartoon Anime are planned for release in the future. Be sure to subscribe to the PlayNinjala YouTube channel and keep an eye on the official Ninjala social channels to be notified when new episodes are posted!