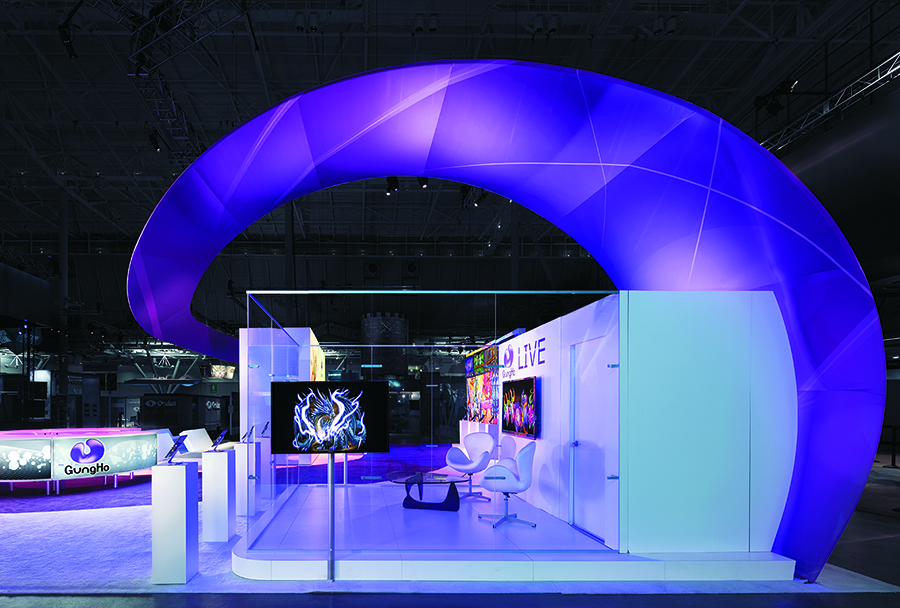 Walking past chalky-white foam letters, which stood roughly 3 to 5 feet tall and spelled out the company name, guests could tread across a wide stretch of purple carpet to any of two distinct gaming areas. In the PDZ theater, they could test drive the new Puzzle & Dragons Z, designed for the Nintendo 3DS system, on six gaming stations that contained a total of 18 handheld consoles. After taking a breather on the six snow-colored plywood benches, they could check out another version of the game in the Puzzle & Dragons Classic area, where eight pedestals with mounted iPads awaited their competitive efforts. Guests lingering in line until it was their turn watched live game play on any of the nearly 30 monitors, ranging from 42 to 70 inches, placed around the violet-infused booth, including one in a 12-by-12-foot glassed-in room. Drenched in the color of royalty, and crackling with the kinetic energy of anime, GungHo's booth drew in hundreds, whose dwell time of often 30 minutes or more proved they were indeed gung-ho about the company. 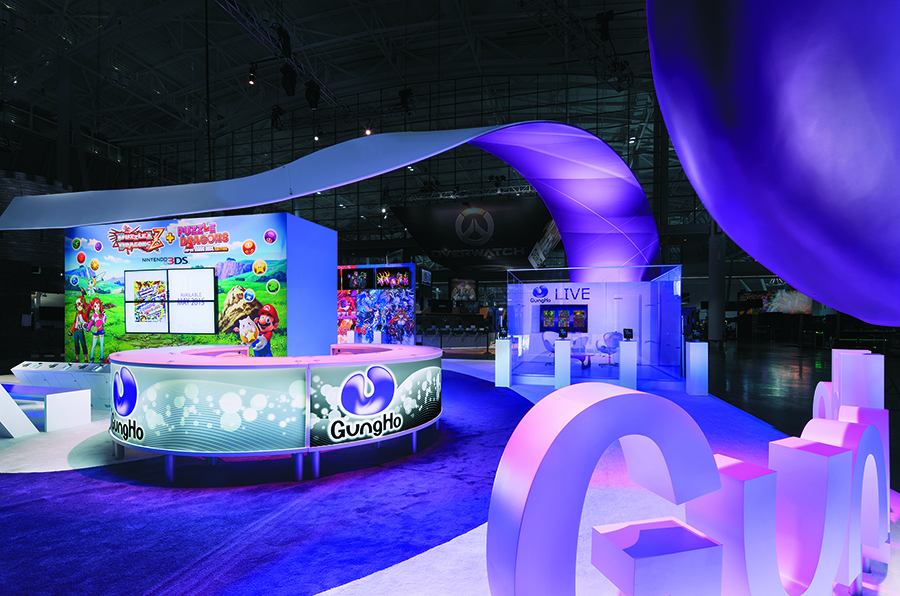 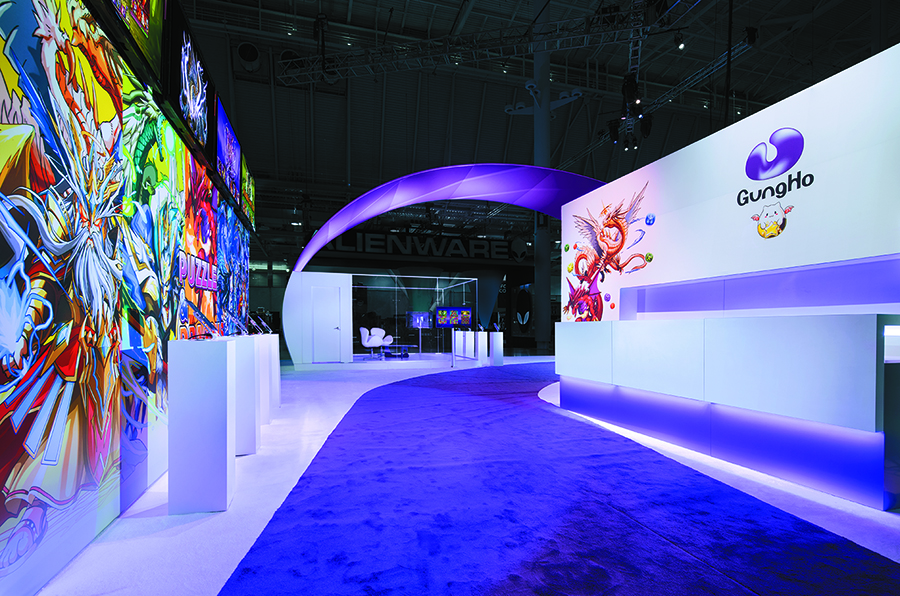 READ MORE: http://exhibitoronline.com/topics/article.asp?ID=2059&catID=71
« PREVIOUS ENTRY
BACK TO INDEX
NEXT ENTRY »